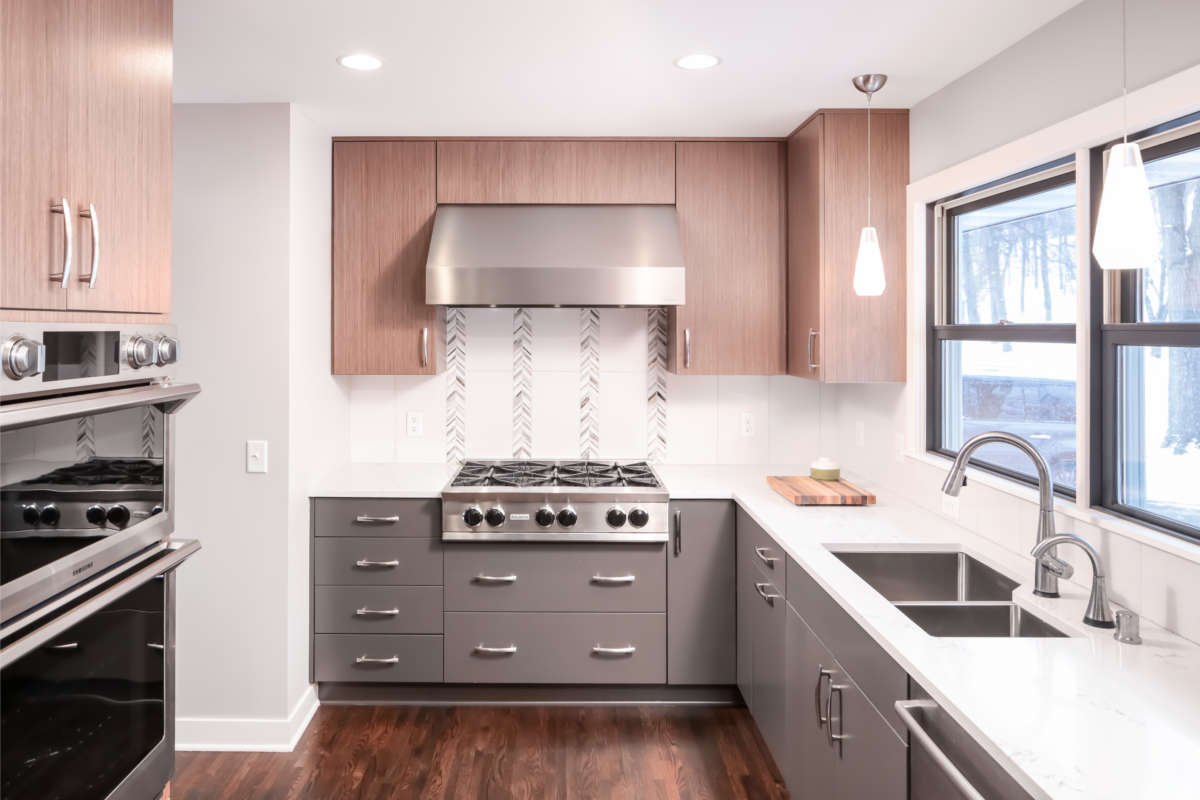 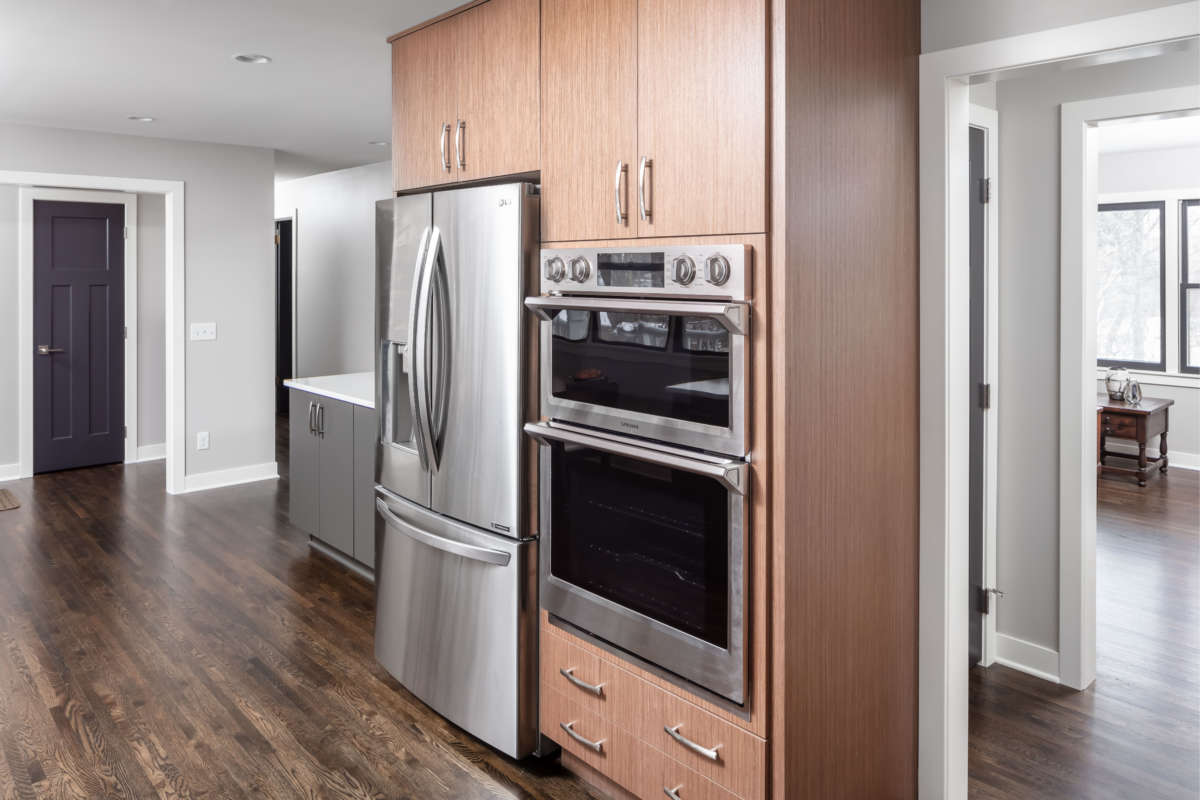 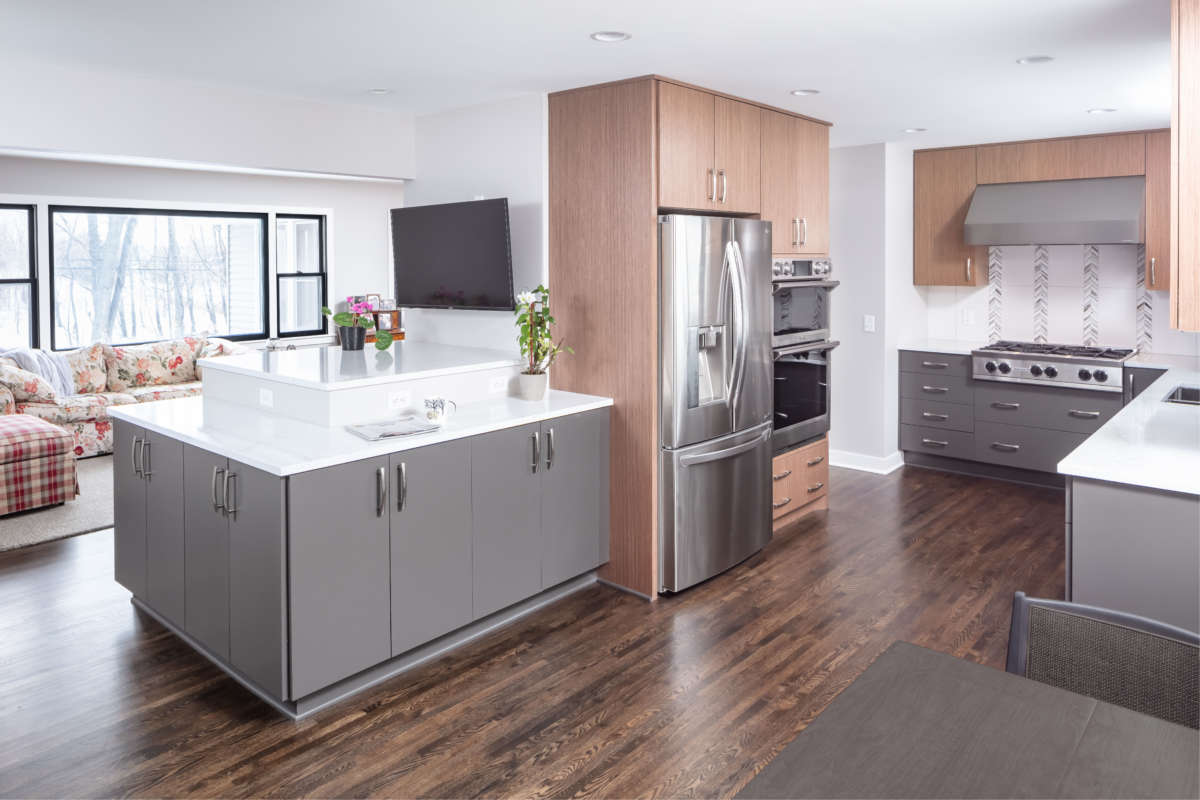 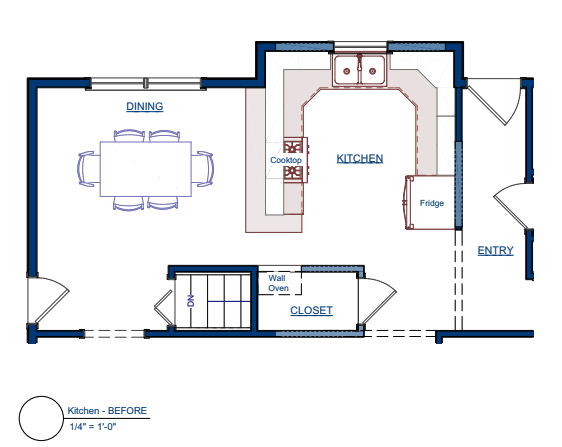 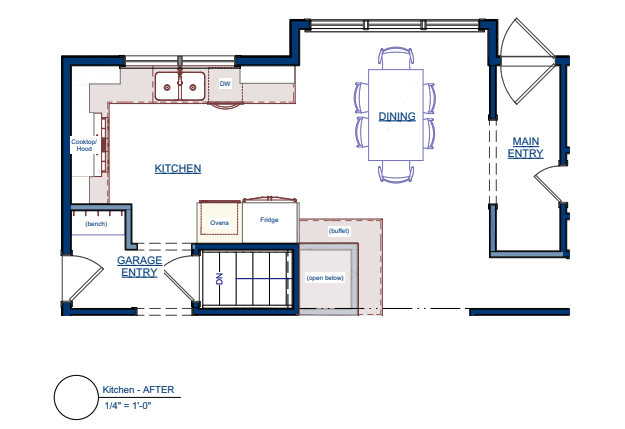 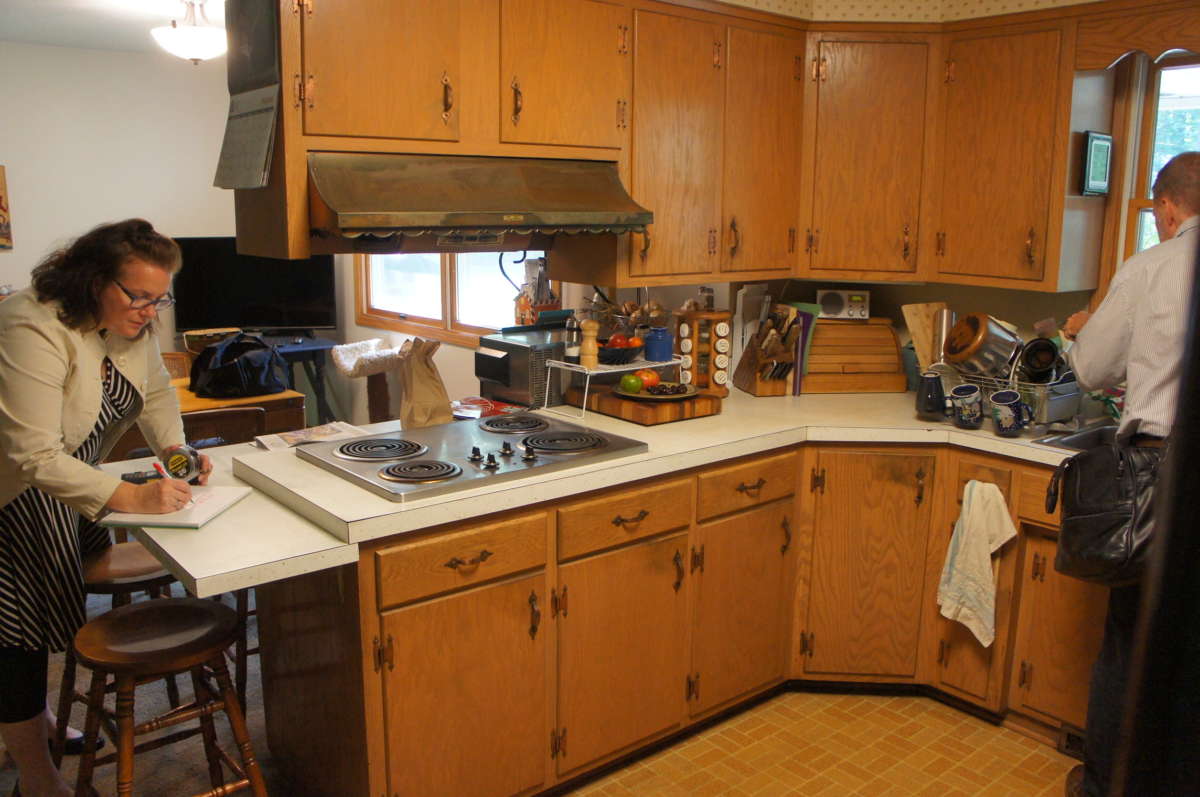 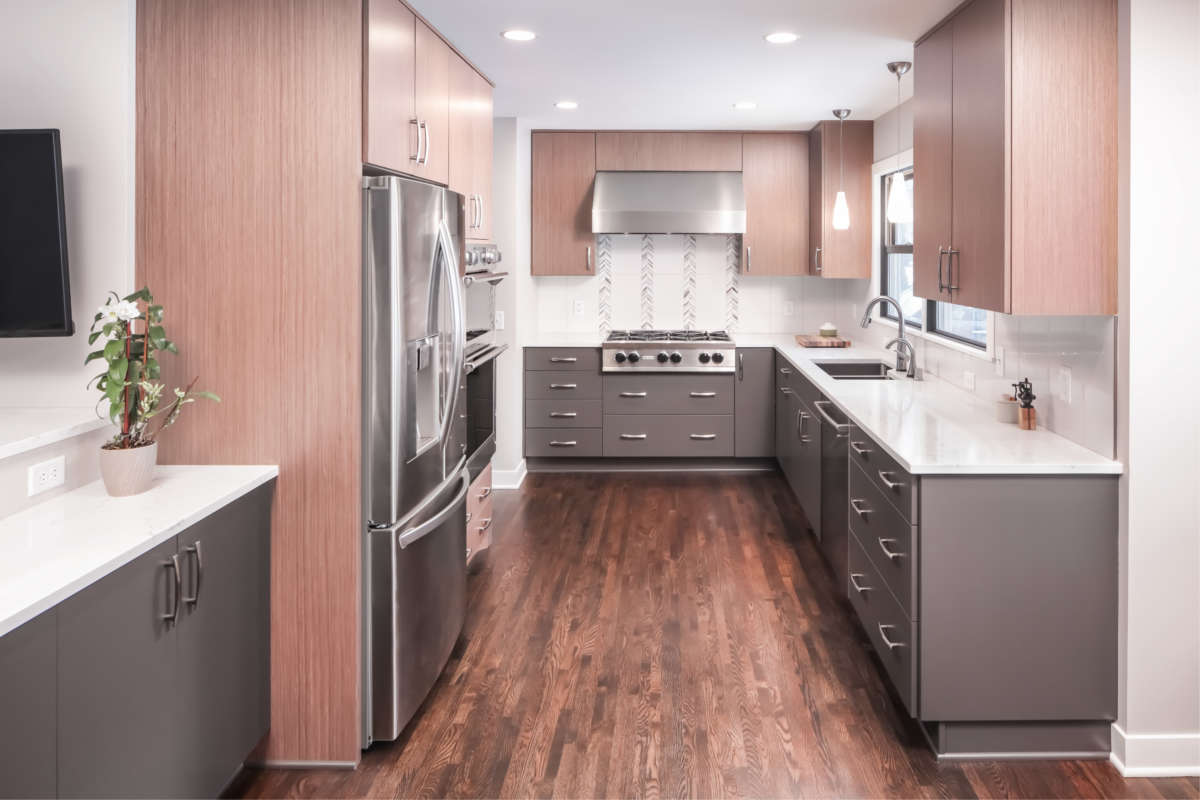 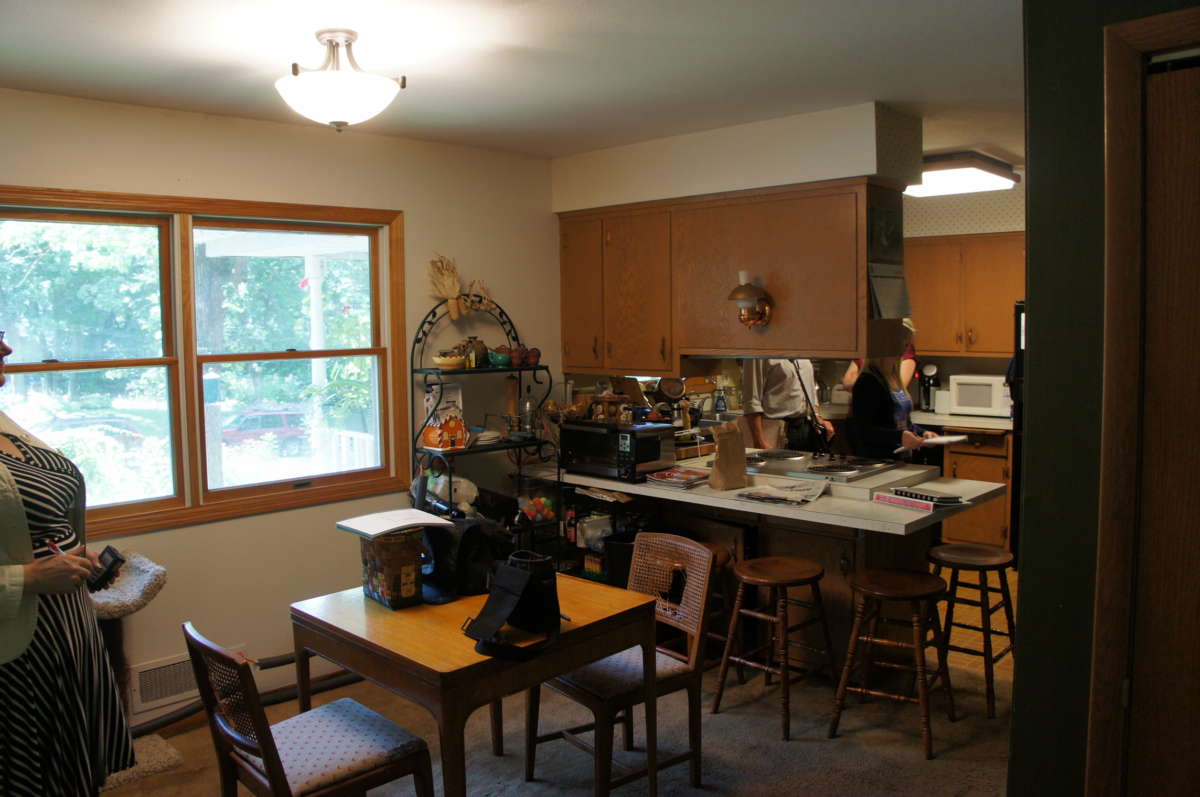 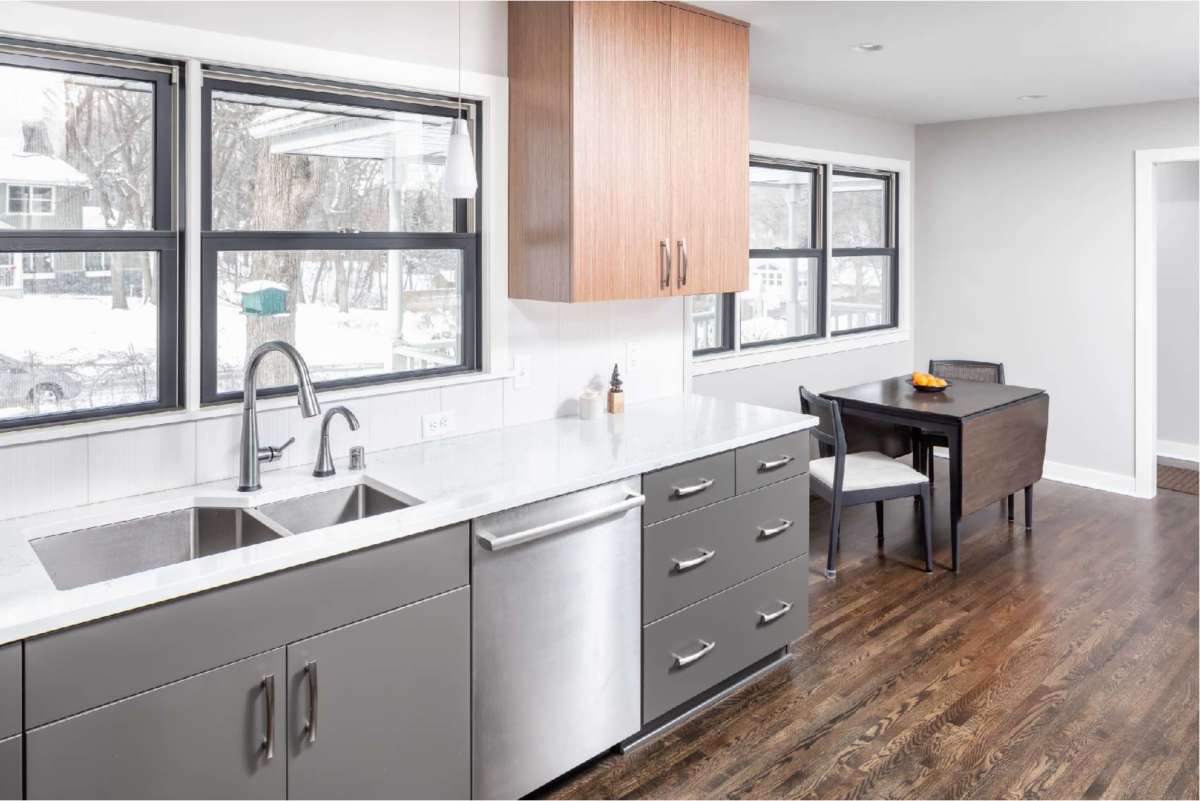 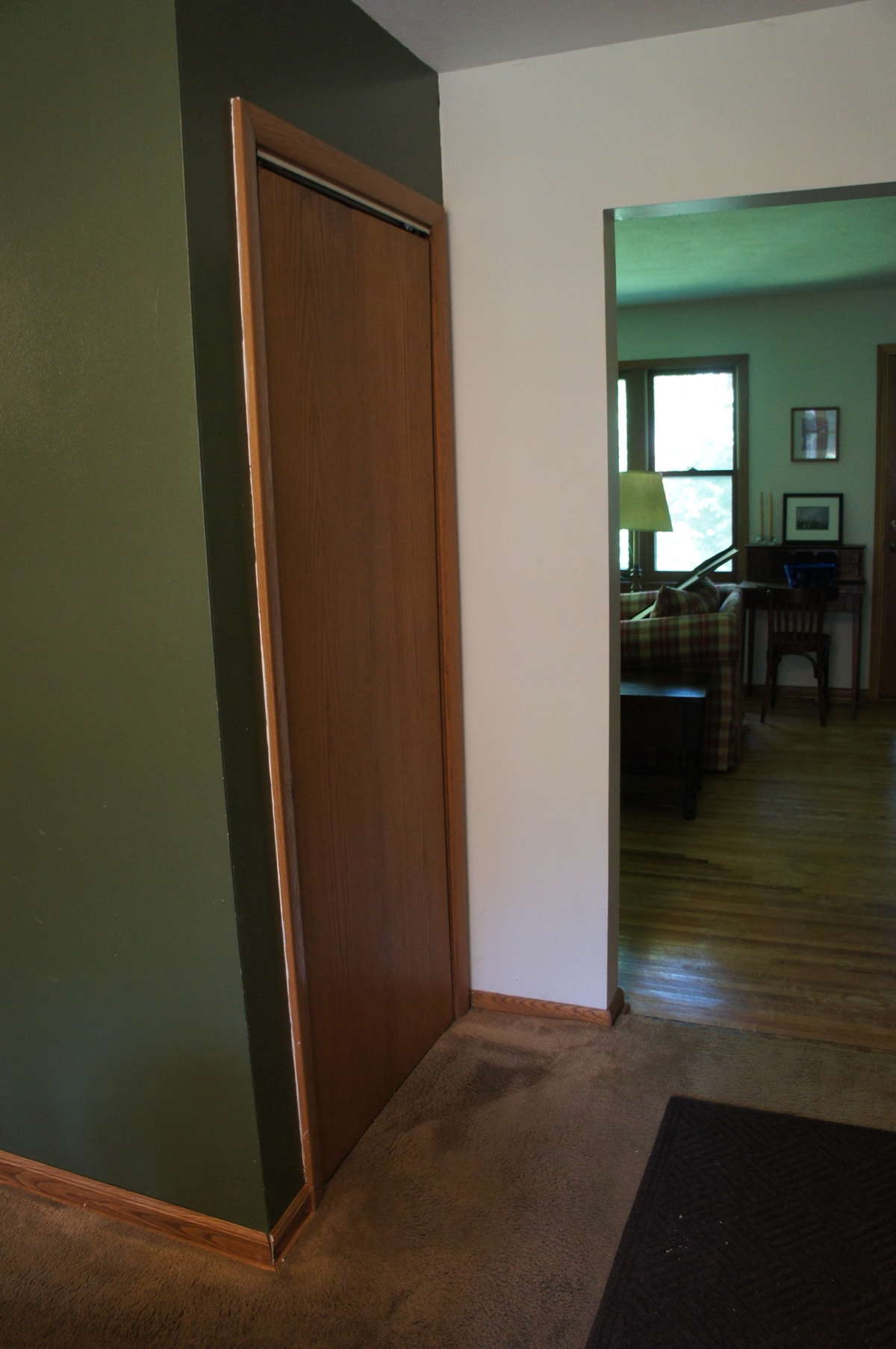 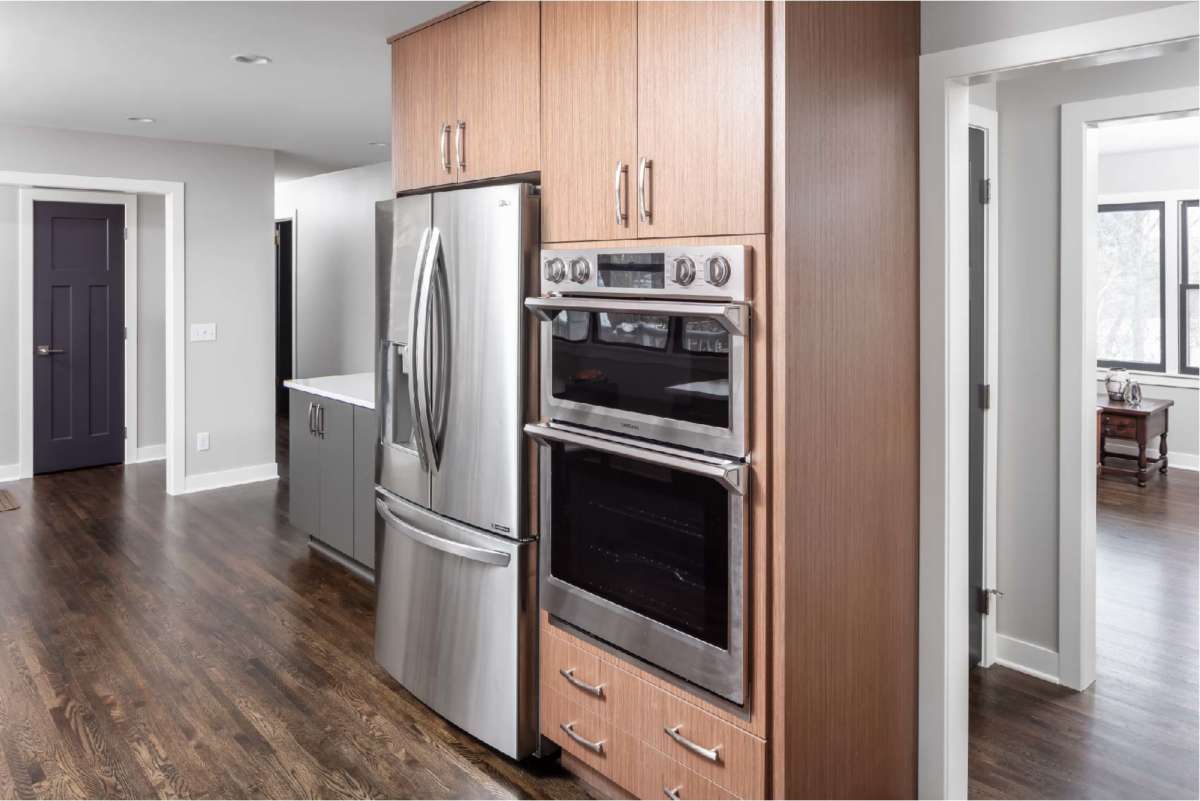 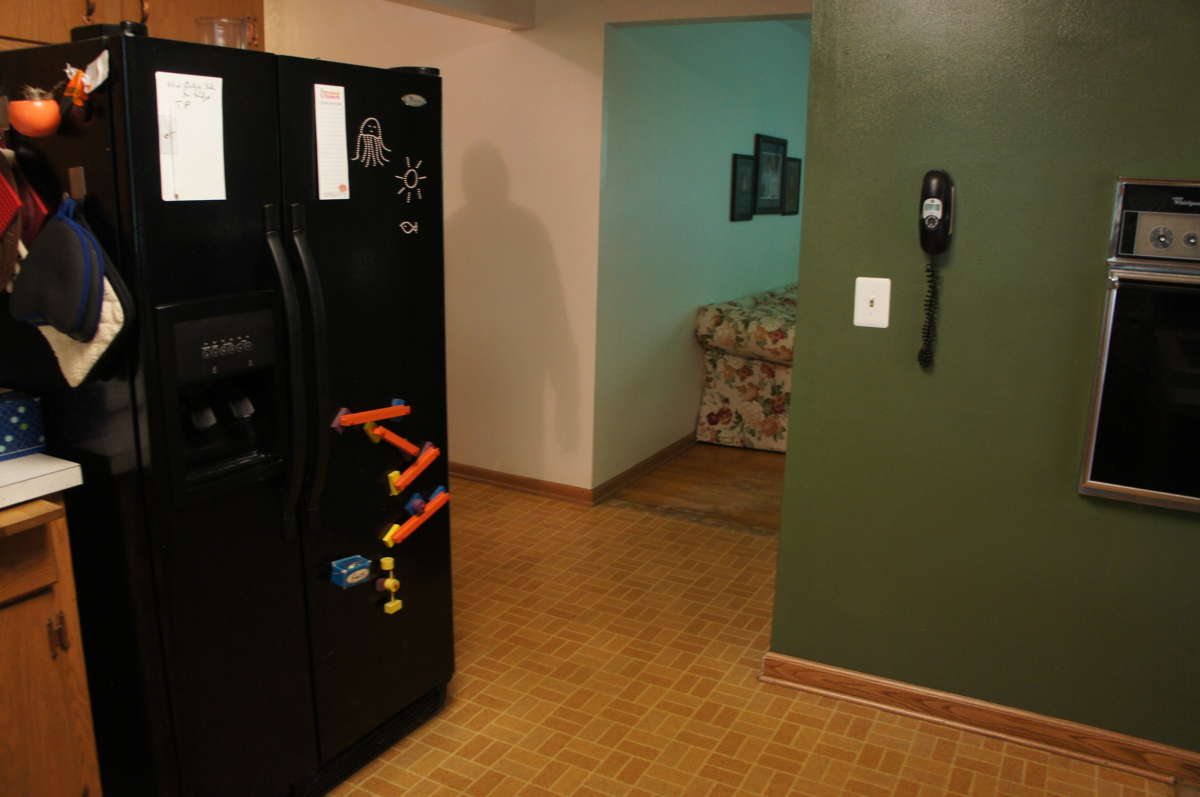 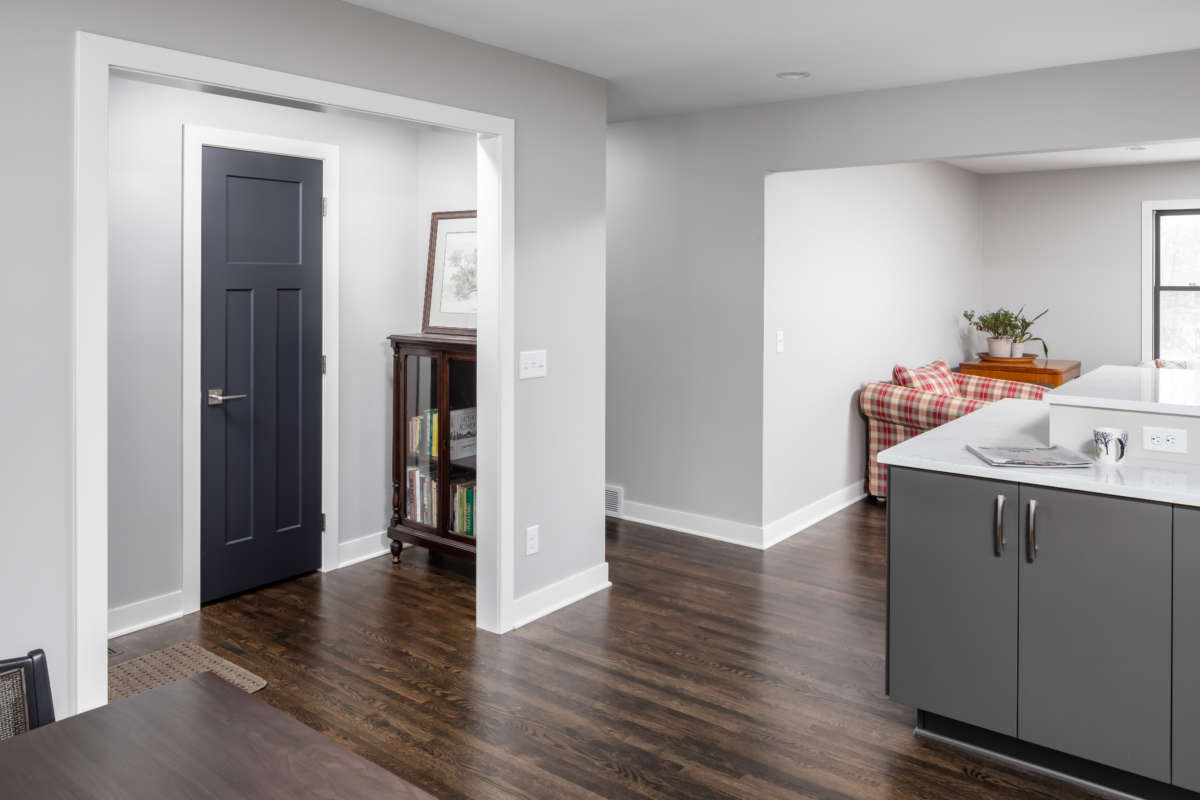 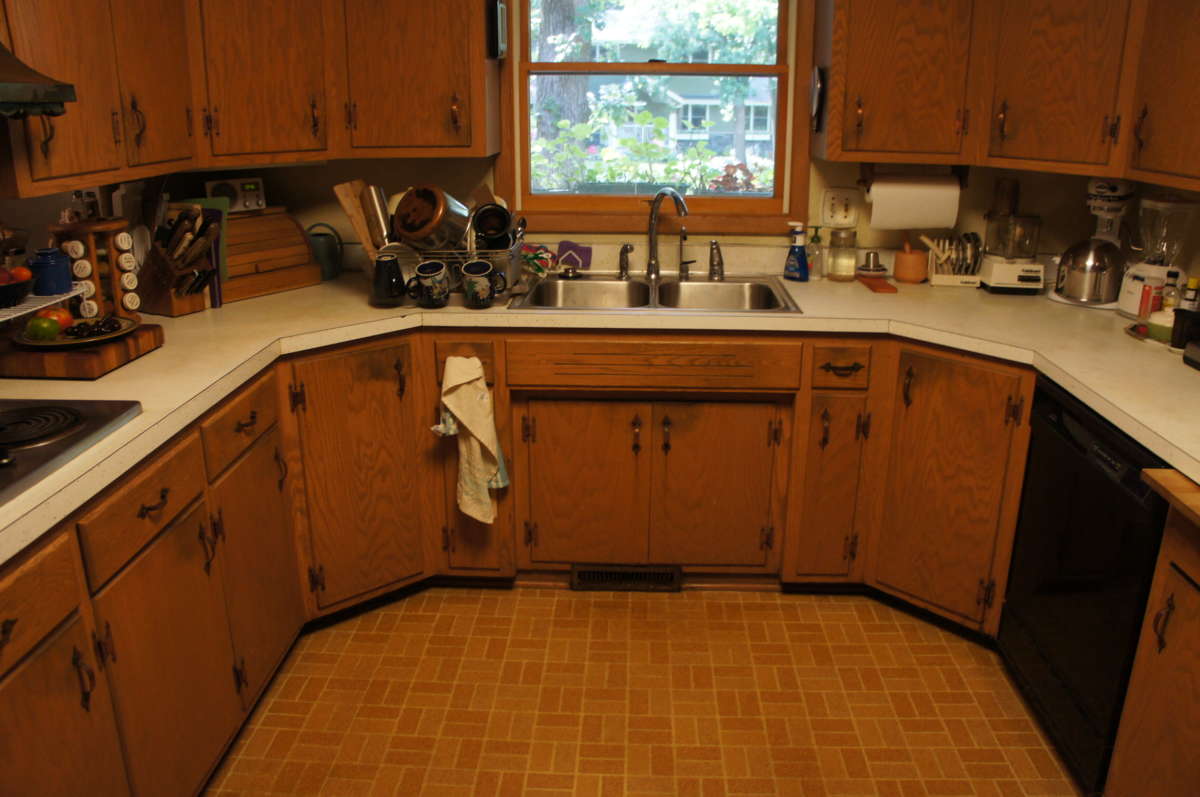 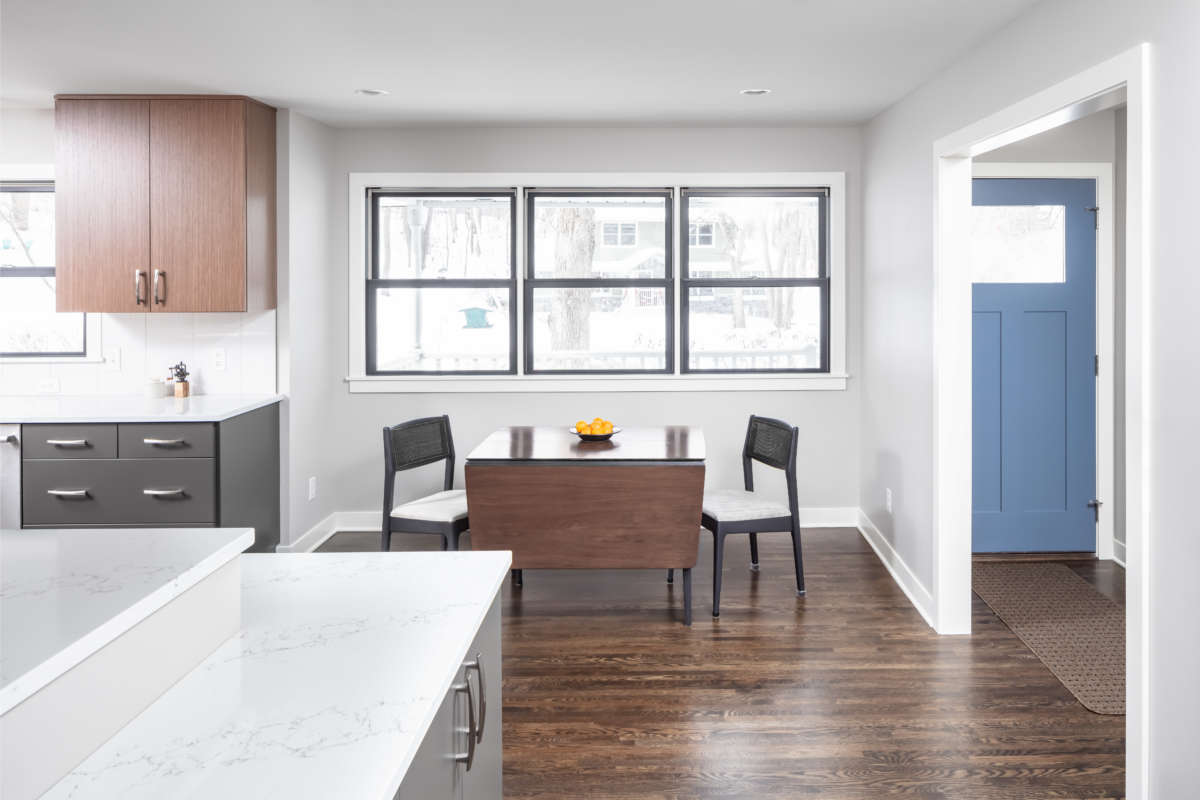 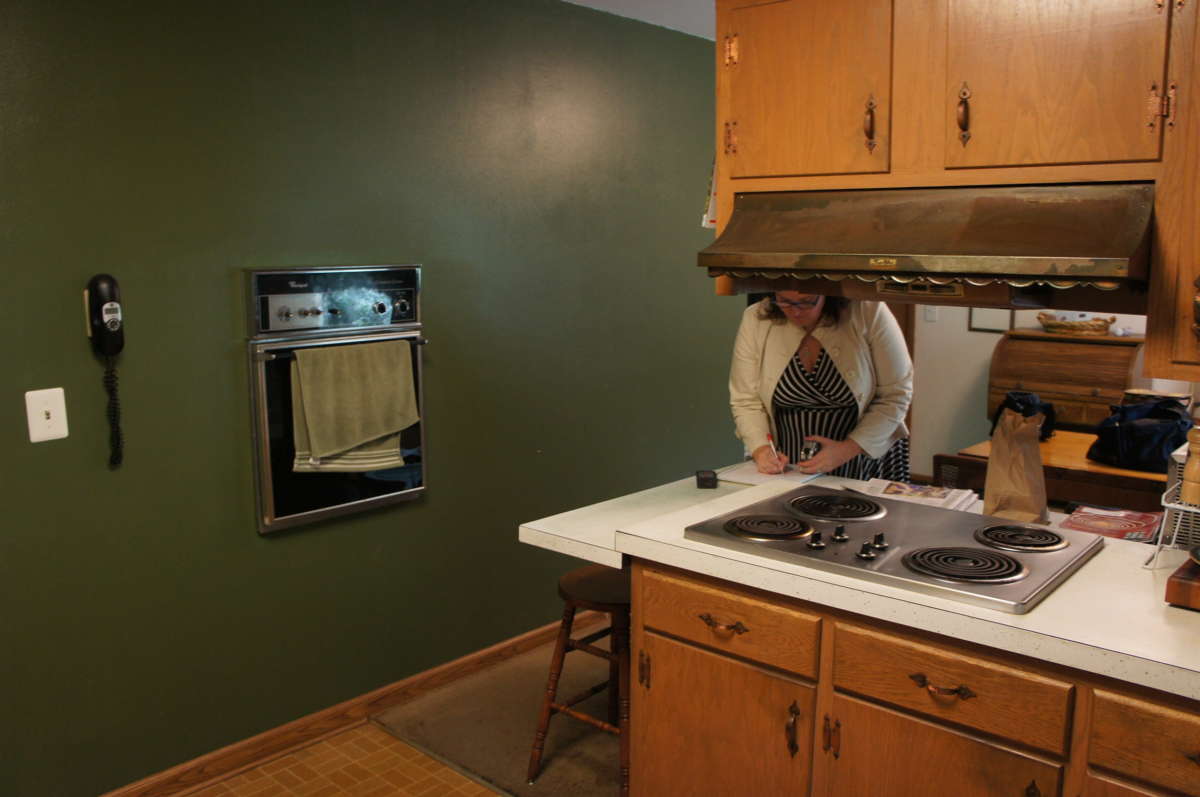 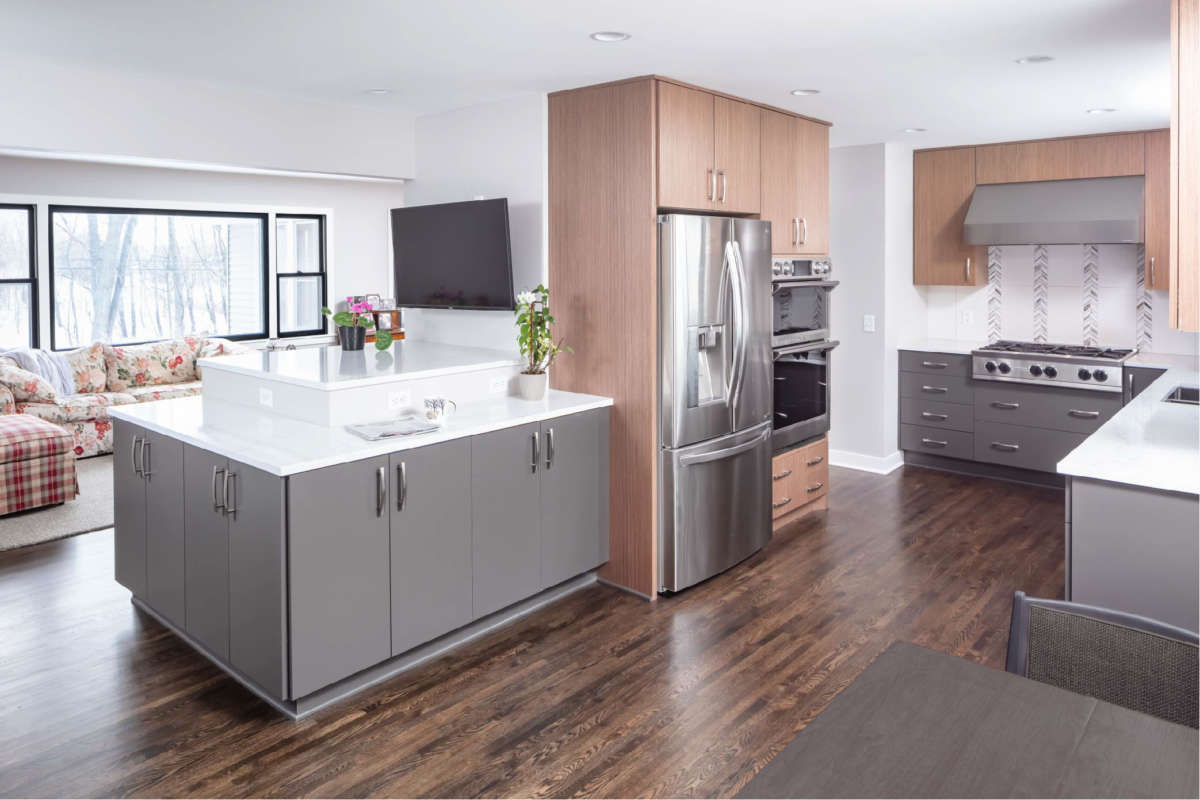 Sometimes you have to mix things up! In a bold move, the design team at Bluestem suggested swapping the kitchen and the dining room within this 50’s-era rambler. The new arrangement, from front entrance to living spaces and kitchen, makes both everyday meals and holiday entertaining easy and enjoyable.

Our clients, an empty-nester couple from Eden Prairie, had expanded their 1961 home decades ago to add a master suite, but the kitchen remained virtually untouched. The homeowners, one an avid cook and baker, had limped along with antiquated appliances, deteriorating cabinets and beat-up laminate counter tops. It was time to design and build a kitchen that would truly support their culinary passions.

The existing kitchen was a vestige of a bygone era; a time when kitchens were placed front and center in the home right at the main entry, when upper cabinet storage was deemed much more important than natural light, ventilation, or view, and a time when an adjoining dining space was a carpeted utilitarian box with just enough room for a table and 4-6 chairs. Times have changed, and this u-shaped kitchen was woefully out of sync with current lifestyles. It was clear that a radical change was in order. A transformation. A transformation born of transposition. By switching the locations of the kitchen and dining functions, the spaces immediately began to make more sense.

The dining room now occupies the more spacious area next to the front entry, which was also redesigned. This former kitchen location had only one small window, but now, with no upper cabinets to interfere, the window area was more than tripled. We installed three double-hung windows, which now allow for an abundance of indirect light to flood the space.

Opposite these windows, the most dramatic transformation to the house was made by pulling back and shortening the walls of the former catch-all closet/pantry and shrinking them into a functional bulkhead for the basement stairs that is hidden in plain sight. The 42” tall bulkhead is wrapped in 36” high storage cabinets on two sides, creating a dramatic yet functional two-level buffet peninsula. No one would ever know this bulkhead is concealing the head height of the stairs below.

Now upon entering the home, instead of being dropped into the dreary kitchen, one is able to appreciate the incredible natural surroundings of the wooded yard

Craftsmanship
• Open the space with hidden flush beams to carry the ceiling and roof load where living room and dining room opened up
• Rework staircase wall framing with a specialty bulkhead that allows for an open floor plan and no change to basement stairs
• Modern cabinetry with precise install and refined details
• New window openings carefully worked into existing metal siding to assure water-resistance and control
costs; minimal touches to outside of home 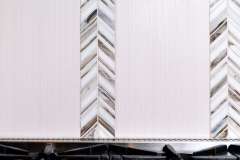 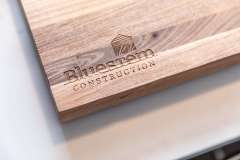 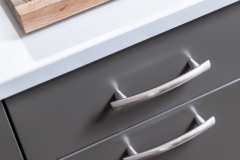 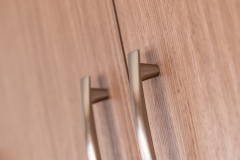 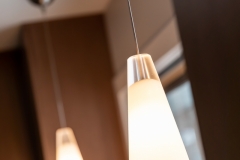