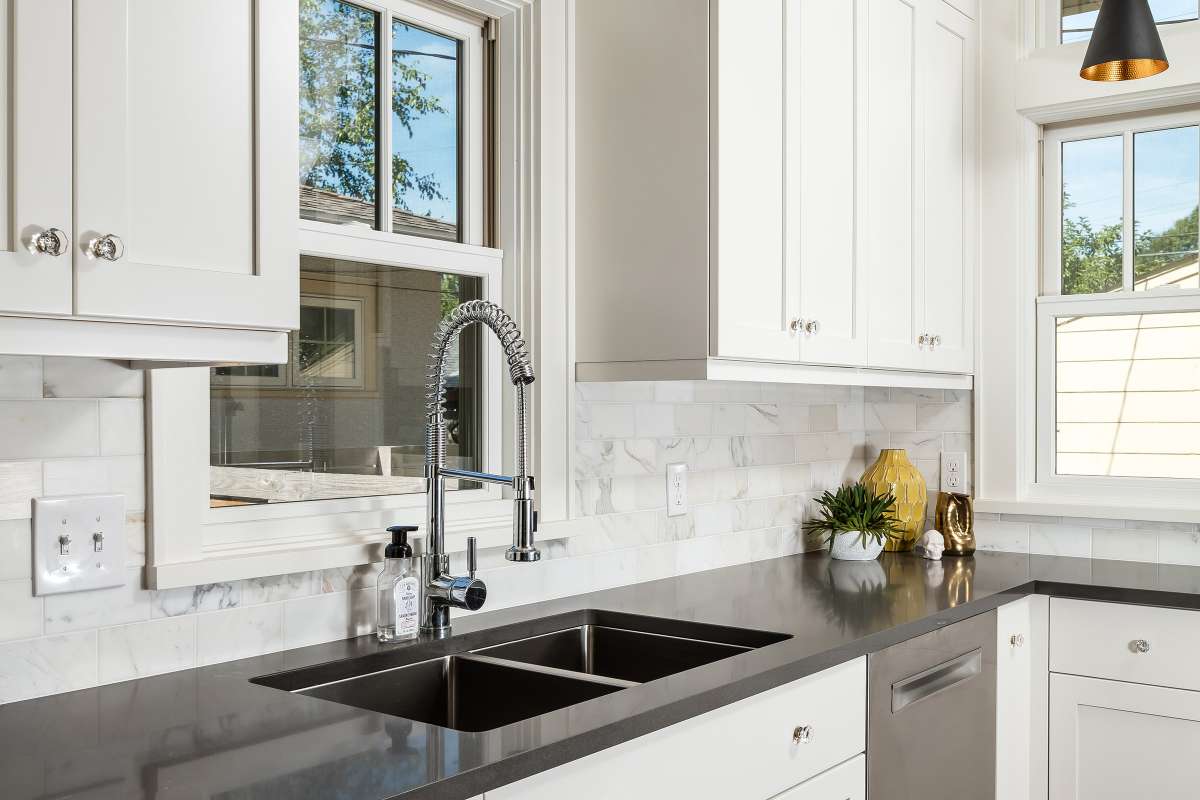 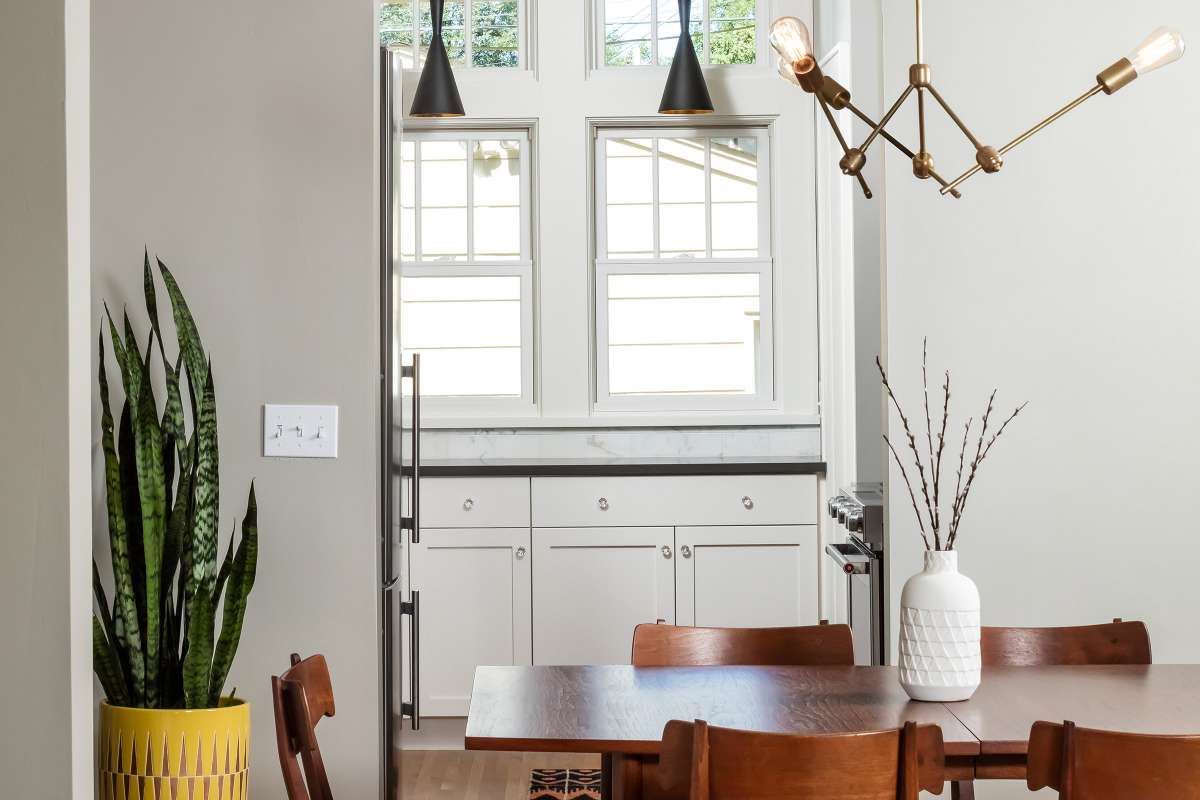 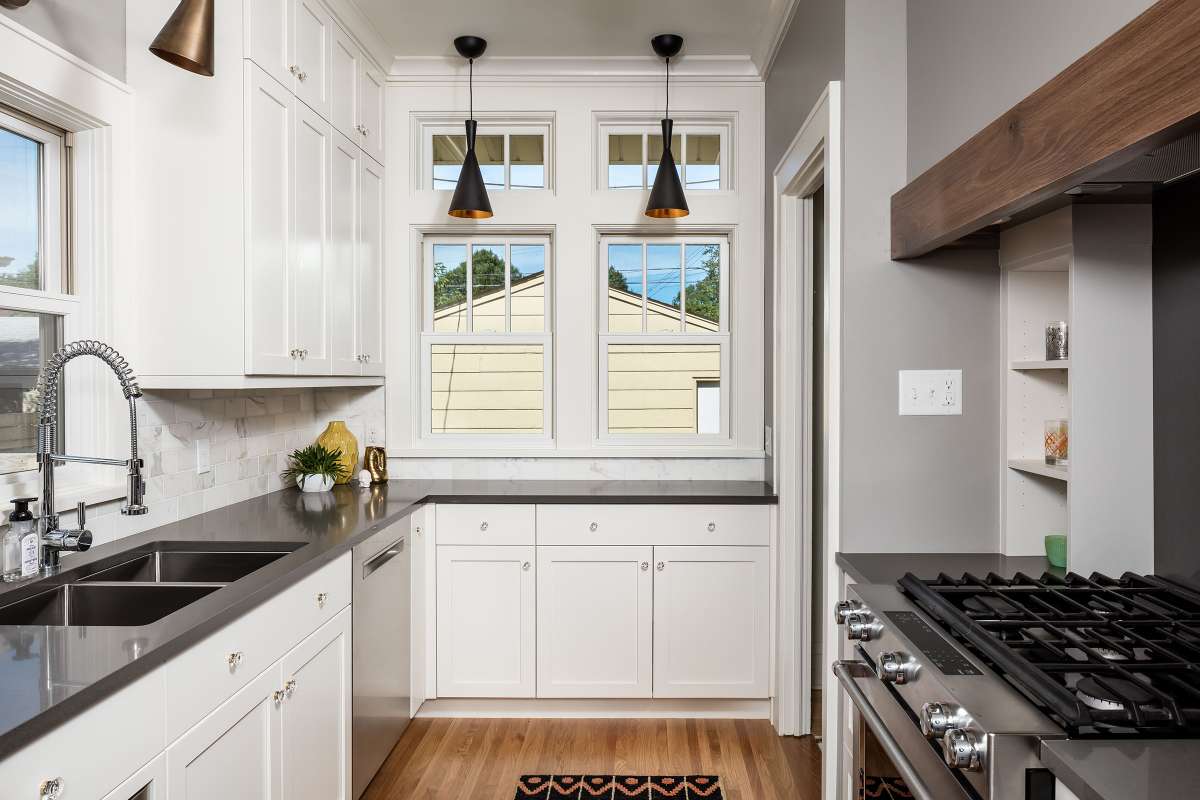 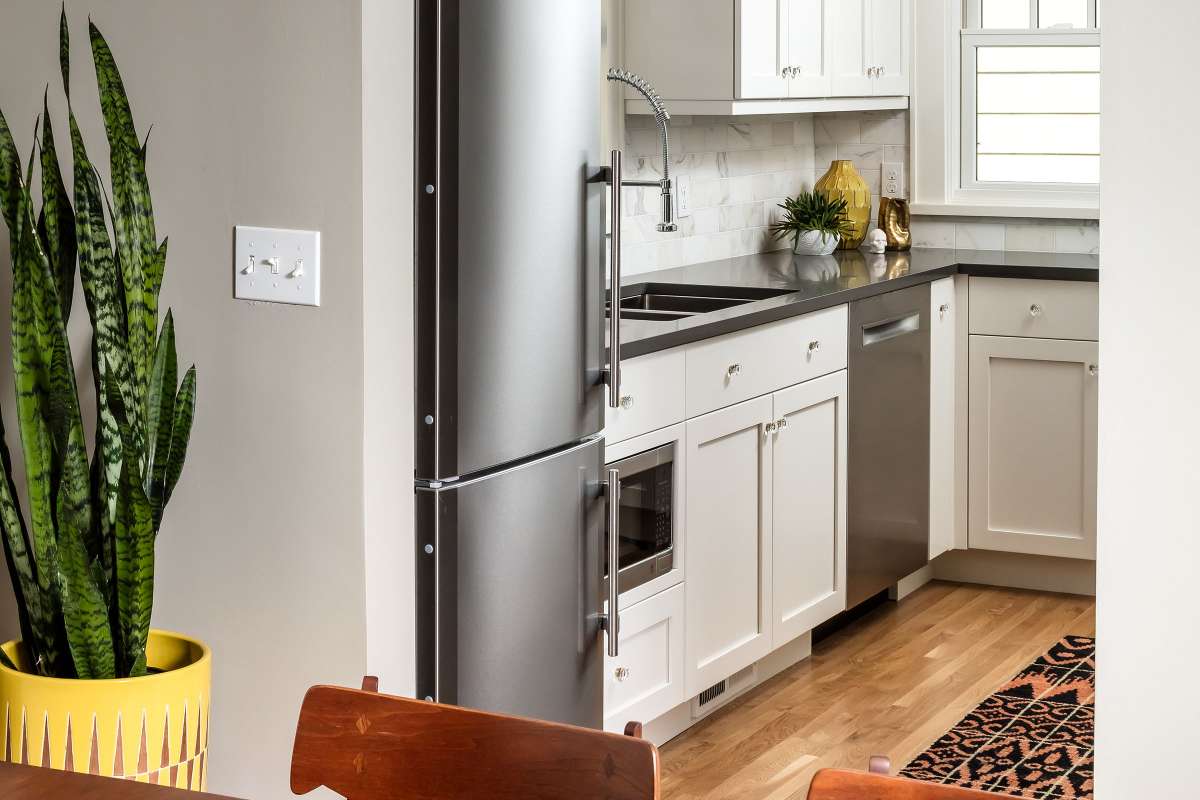 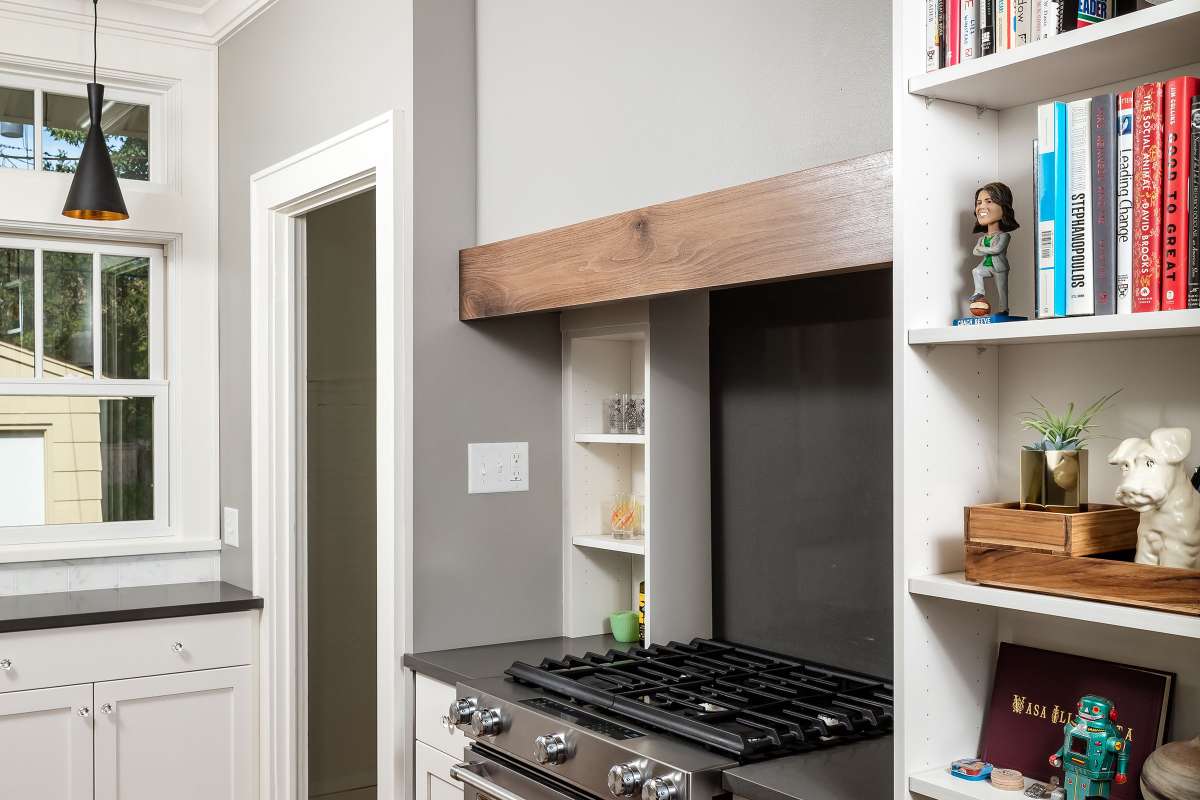 Tiny Kitchen Has It All 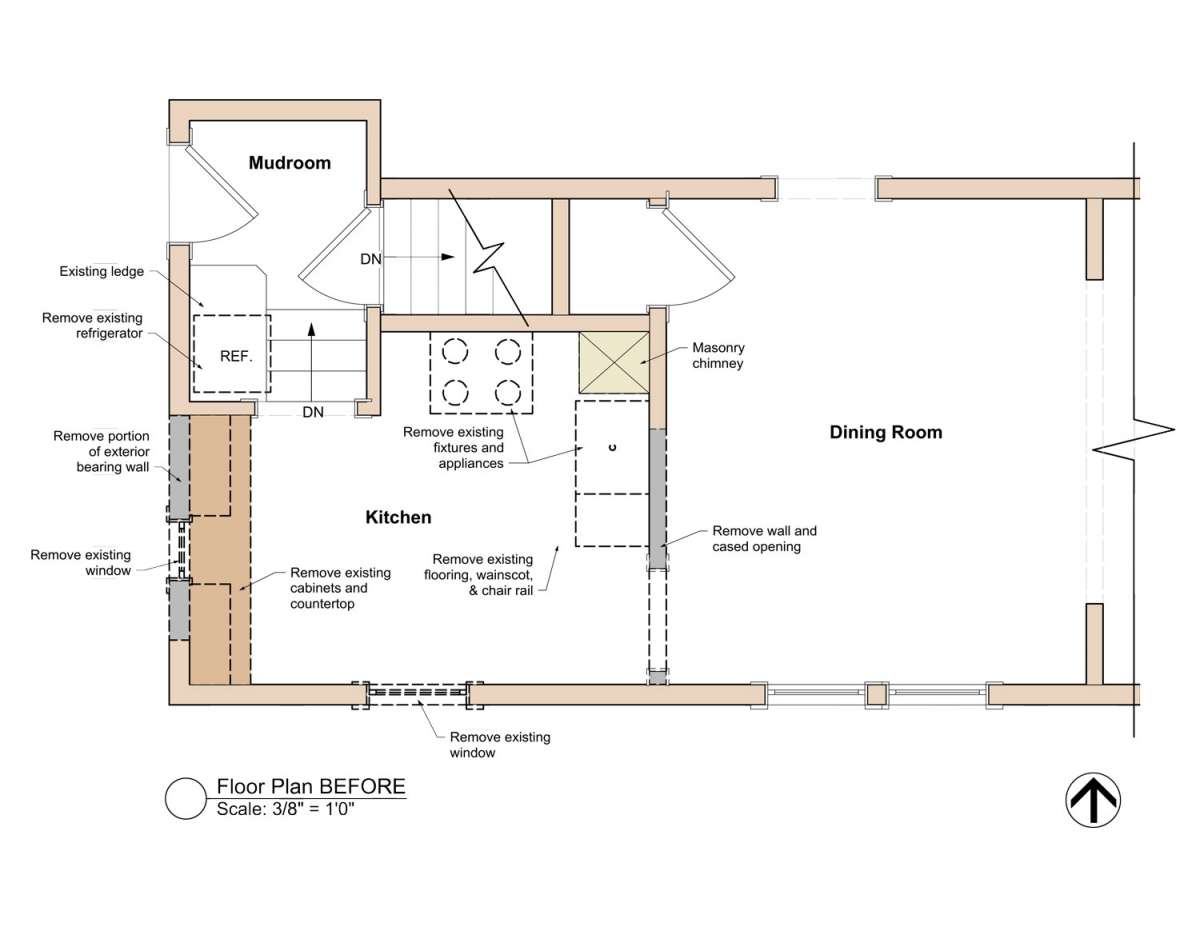 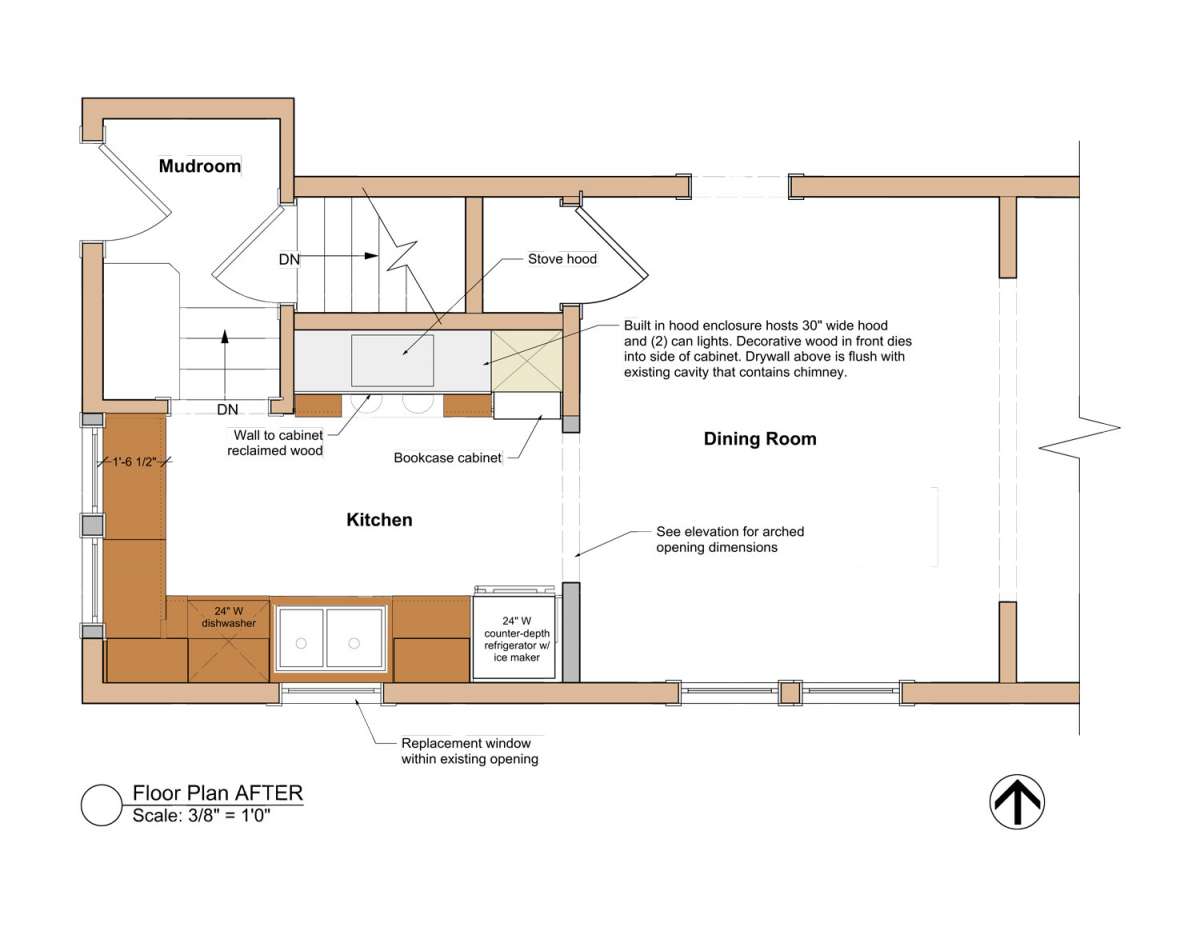 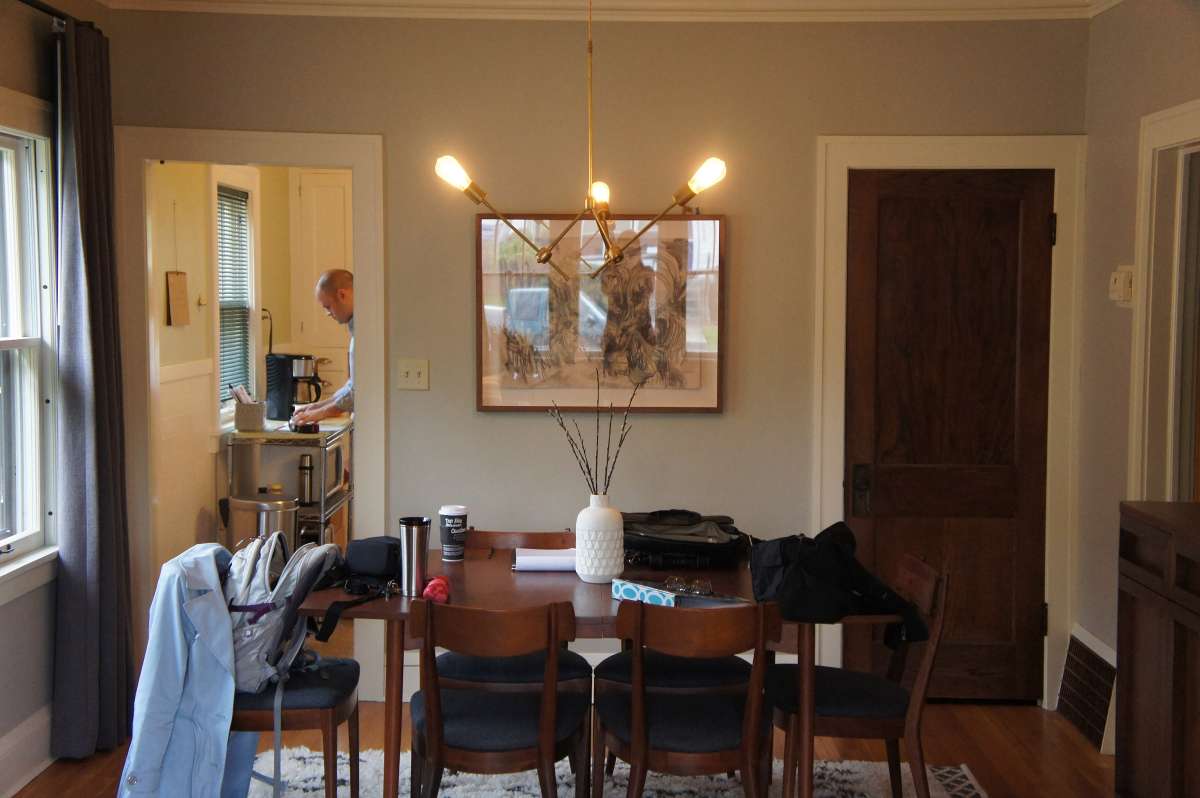 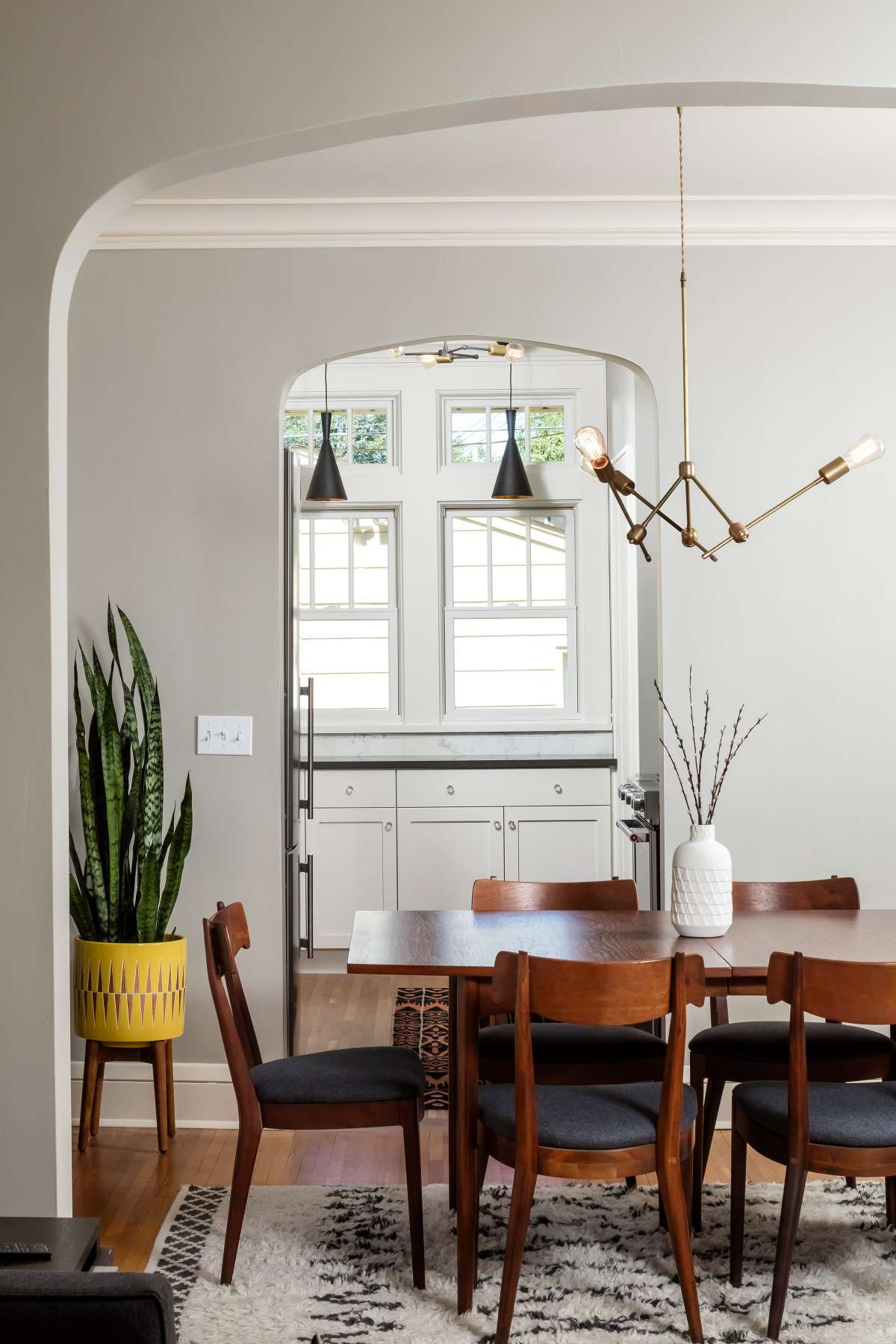 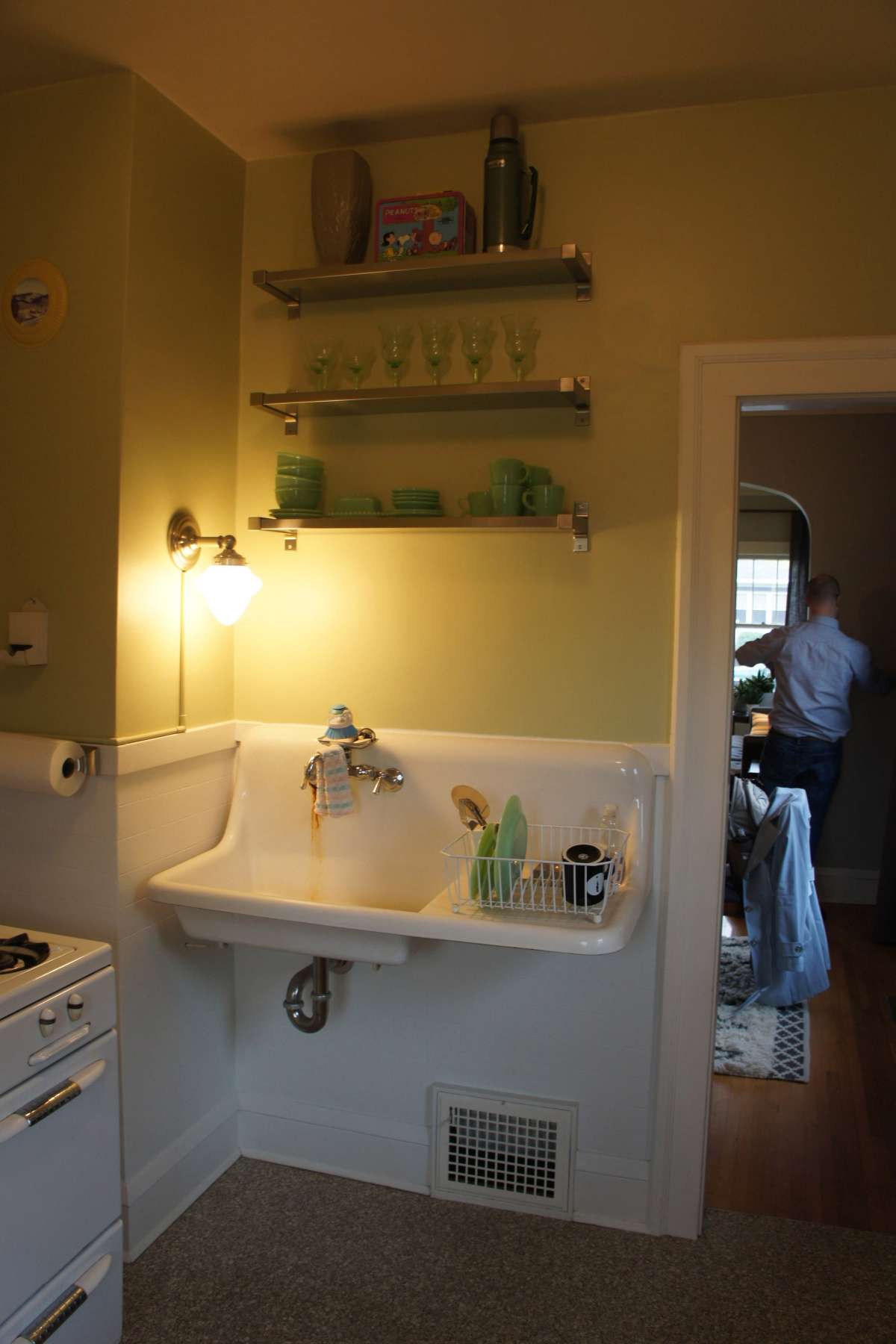 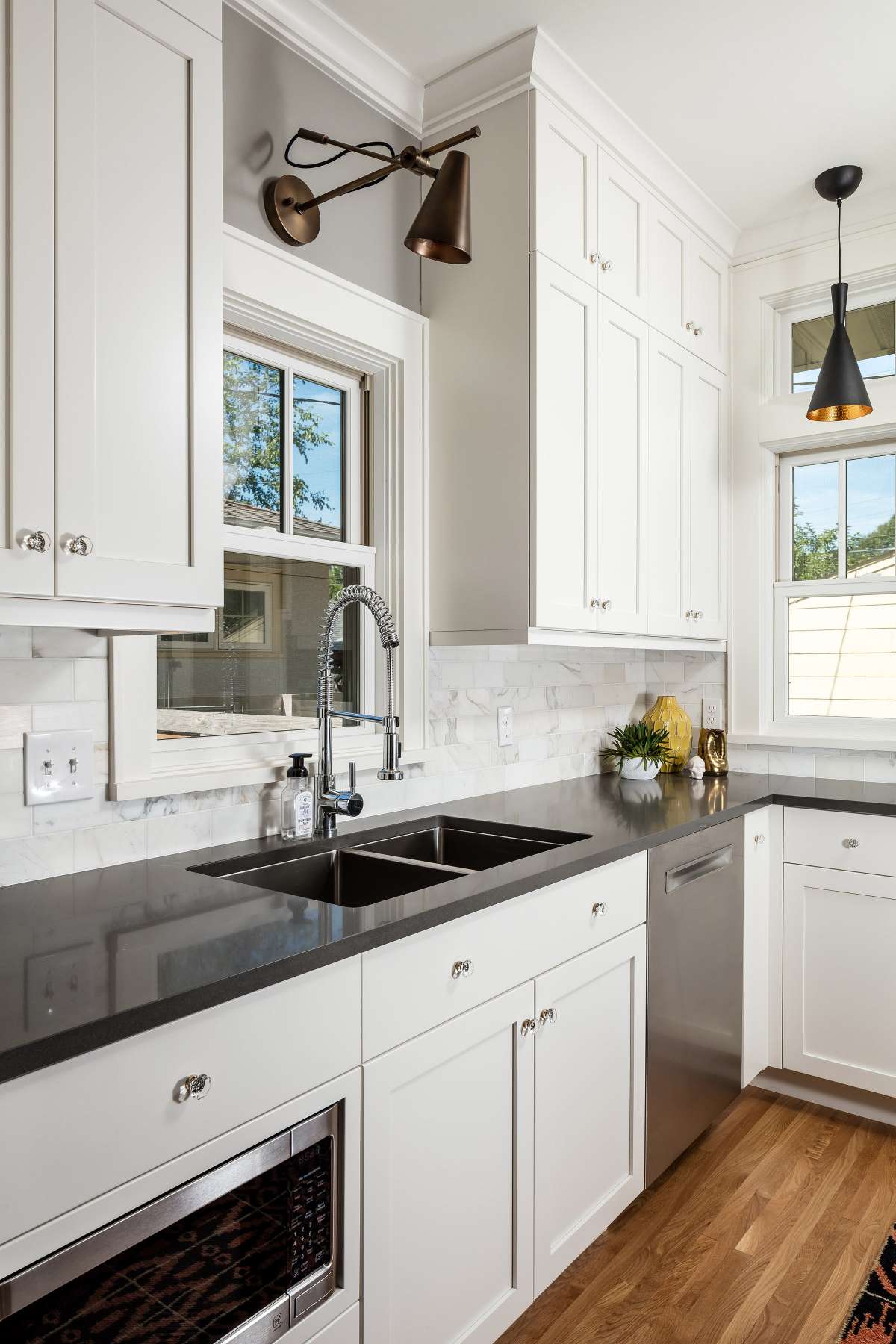 This homeowner discovered that you really can create a dream kitchen in a tiny space. It just requires very careful planning and just a few trade-offs.

There just wasn’t room for a modern kitchen in this house – or so the owner thought. After careful design exploration — which considered a modest expansion of the kitchen footprint – the owner chose to keep the space the same. To do so, and get the modern kitchen she always wanted, required several key design solutions.

First, the door from the dining room to the kitchen was moved and widened into an elegant arch that matches others in the home. This allowed depth for typical cabinetry on the south wall – the longest wall in the room. Second, the owner agreed to invest in a European brand 24” wide refrigerator. The narrow, compact refrigerator was key to the layout of the sink, dishwasher and other features.

The west wall previously had a shallow built-in hutch with just one small window. Storage along that wall was essential, but so was allowing in more light. The windows were expanded, and custom-depth cabinets could be installed without any changes to the back entrance and stairs, which would have been costly.

This project proves you can pack a great deal of function and features into a very small space without losing elegance and design cohesion. Coming in at the low end of this category, this homeowner packed a lot of punch into a lower budget! 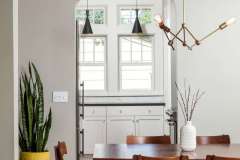 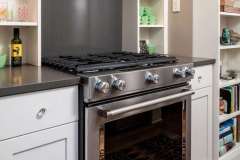 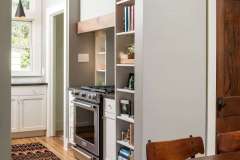 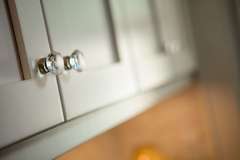 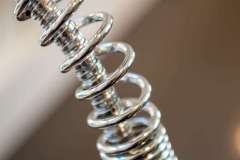 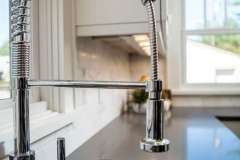 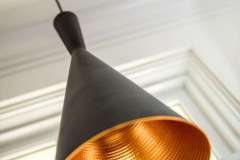 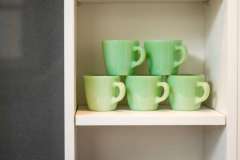 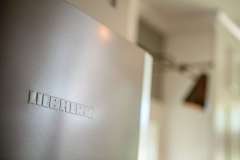 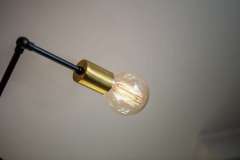 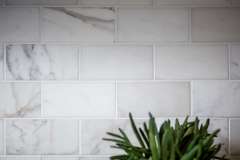 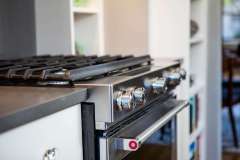 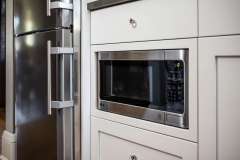 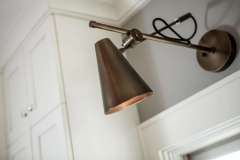 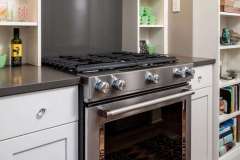 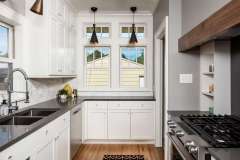