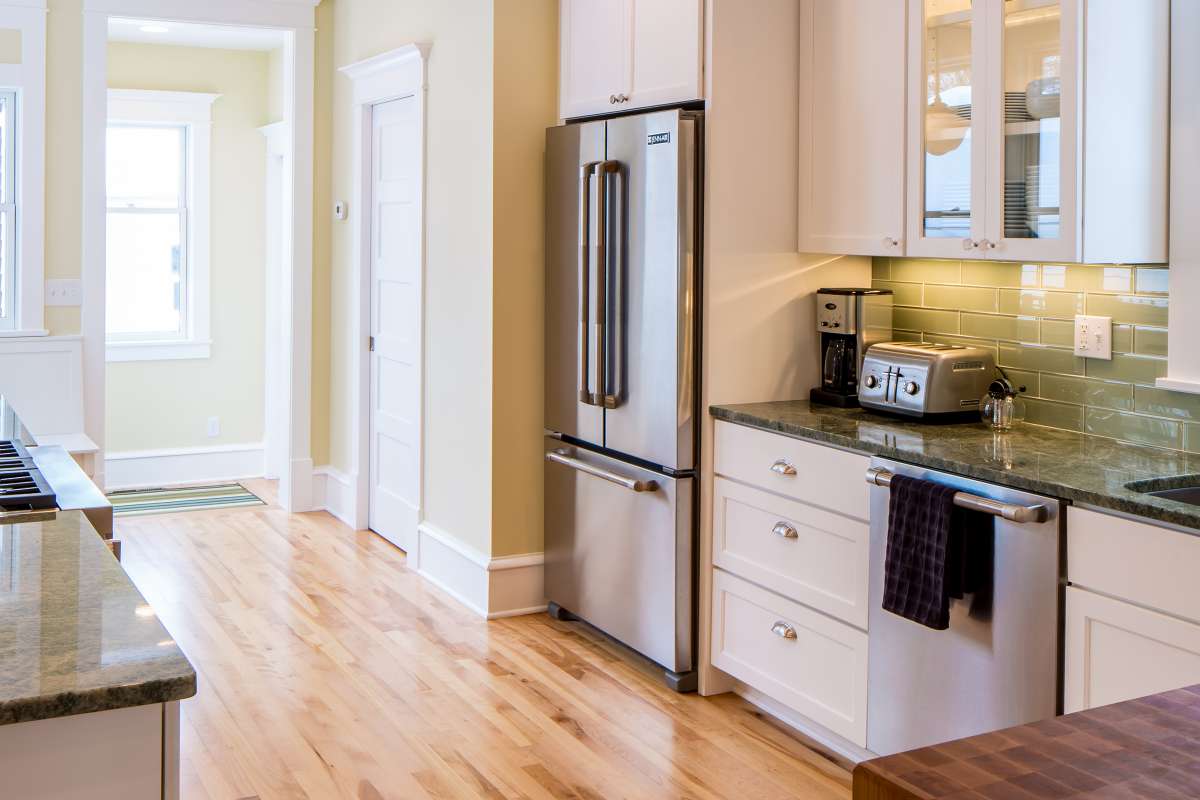 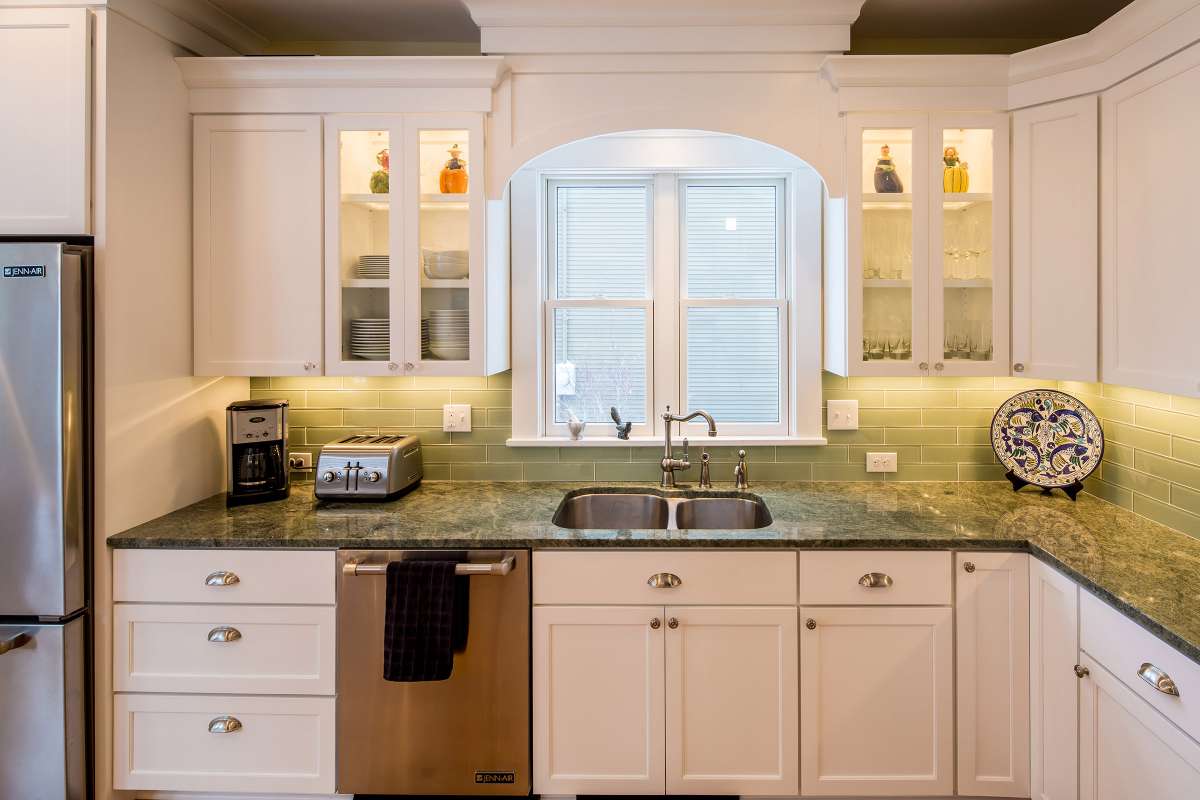 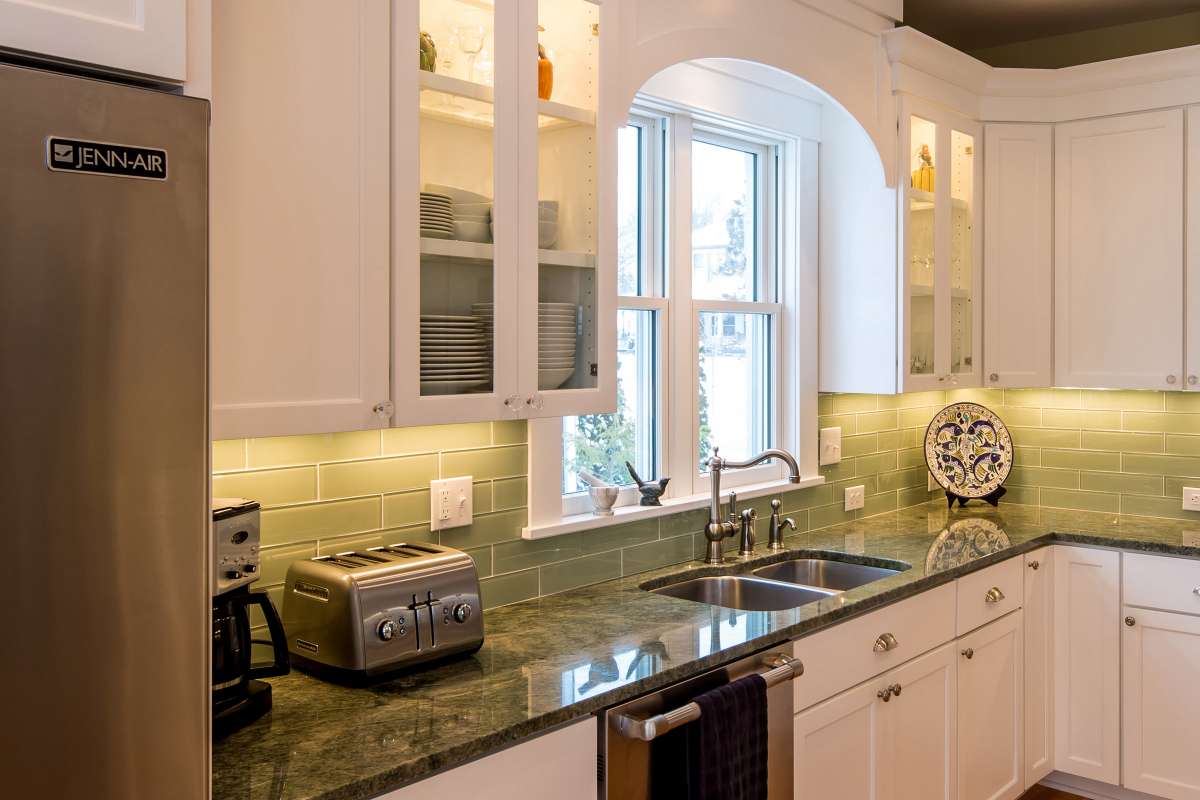 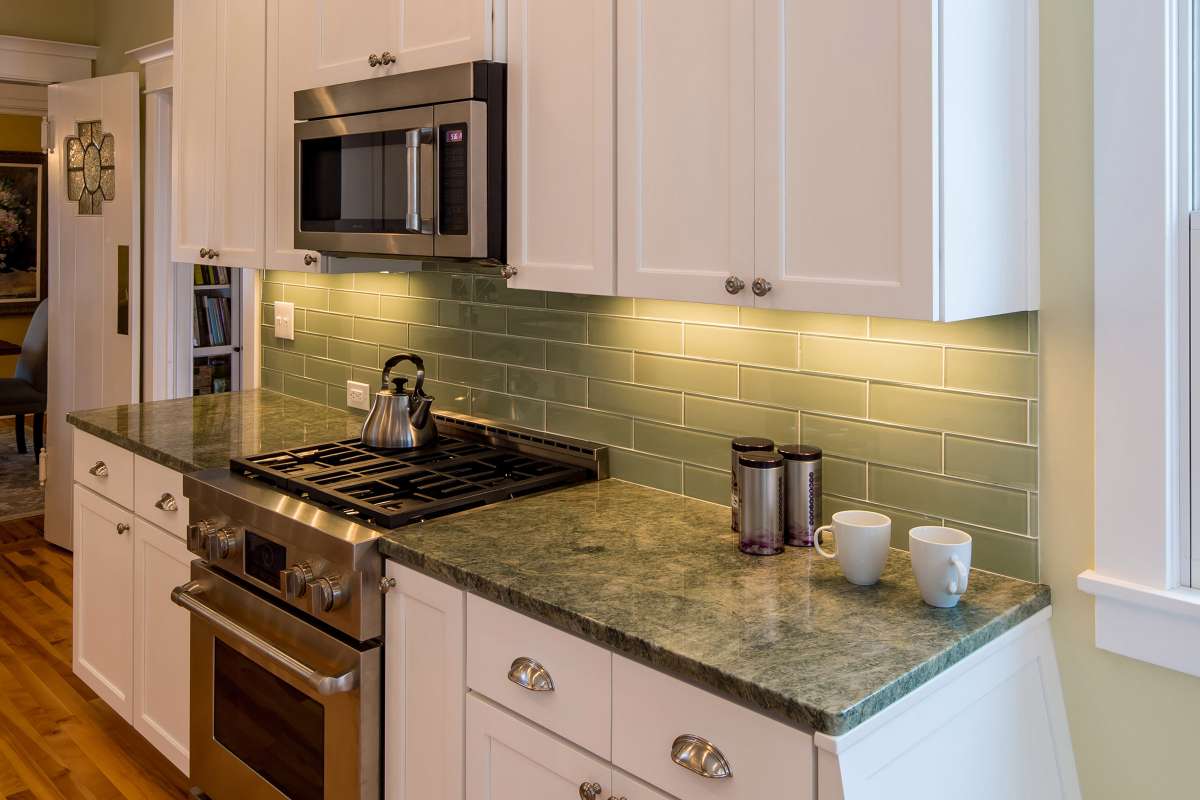 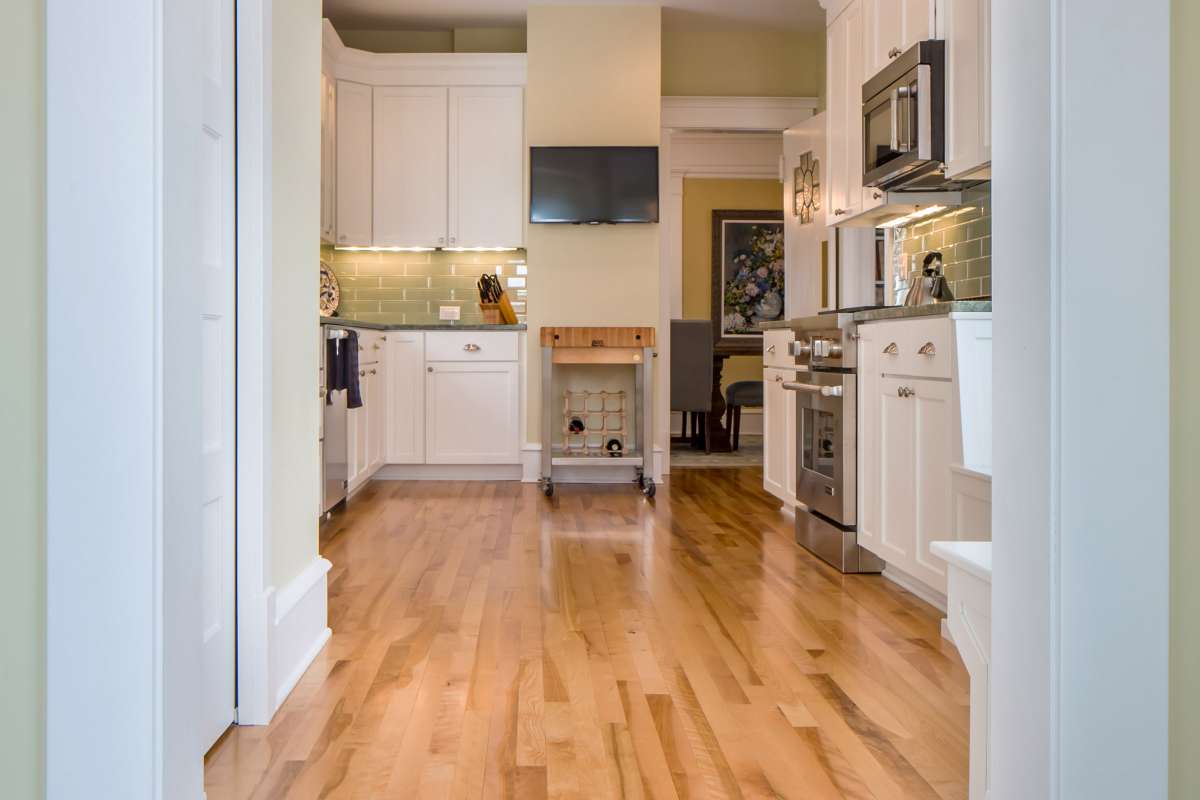 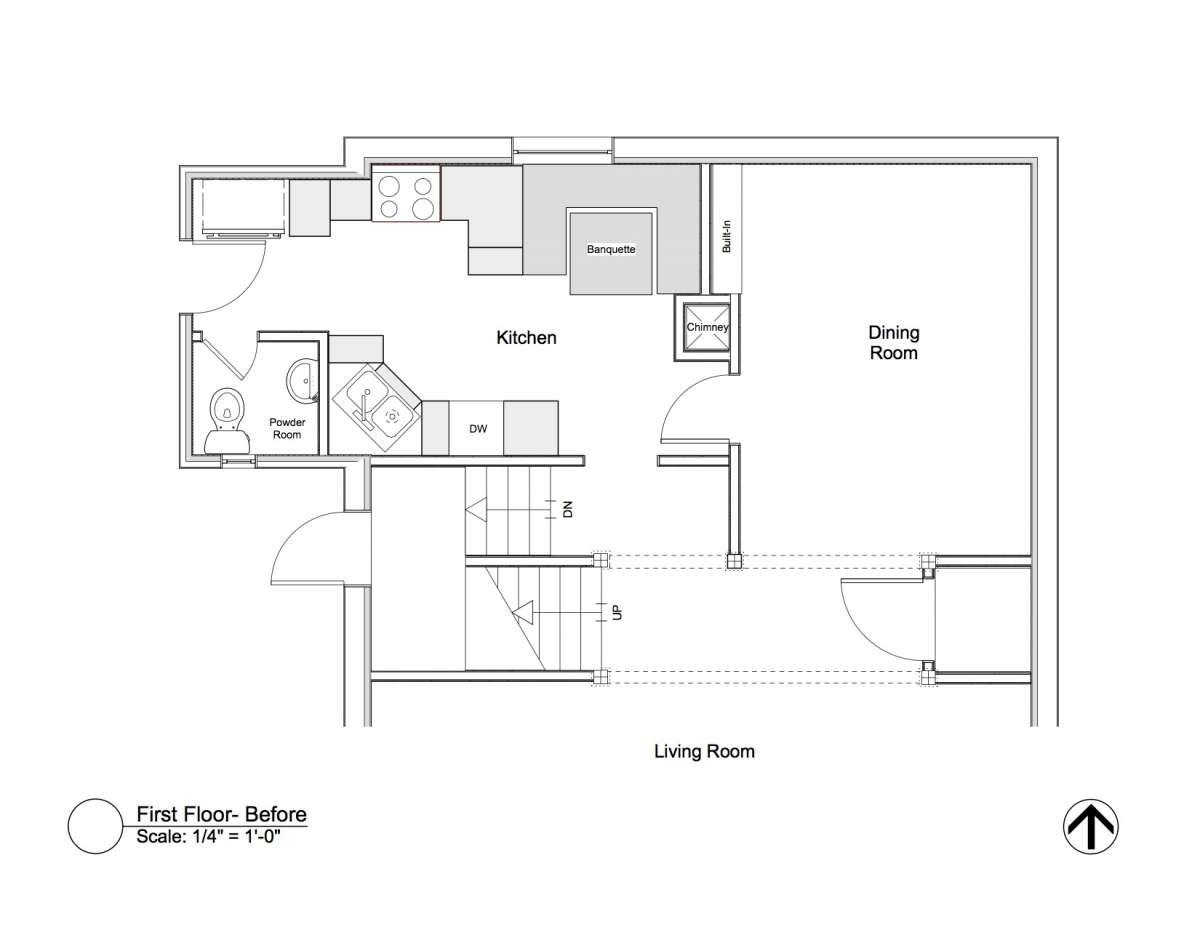 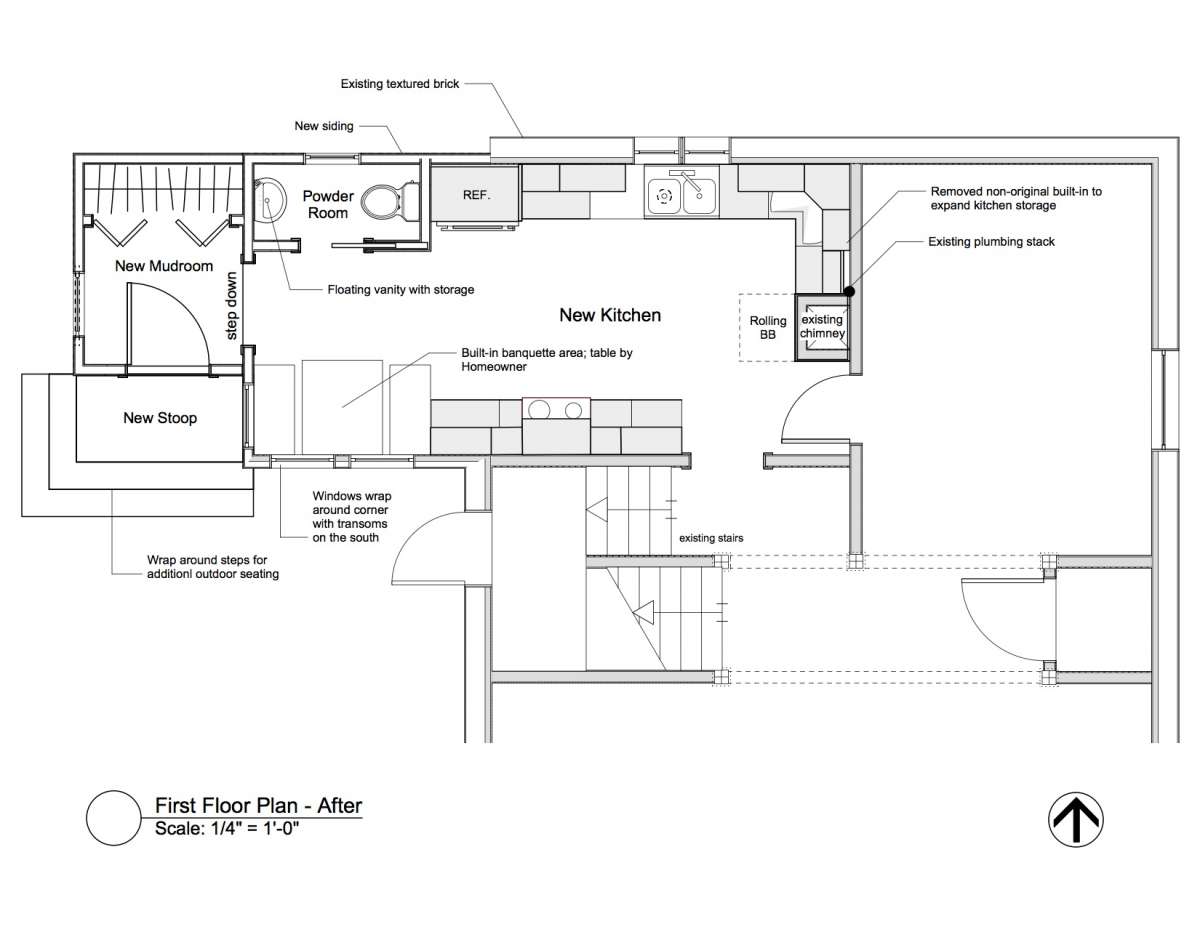 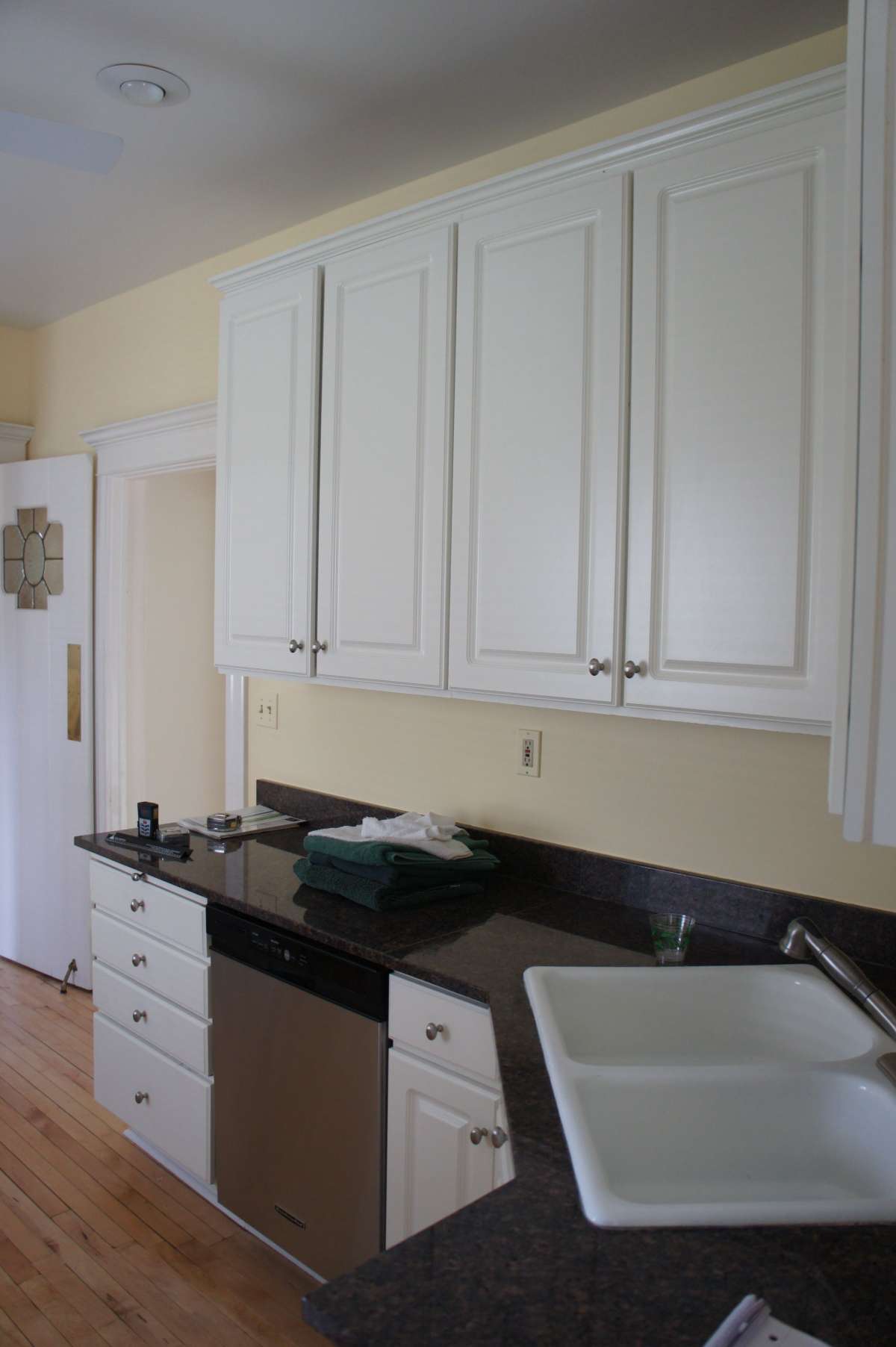 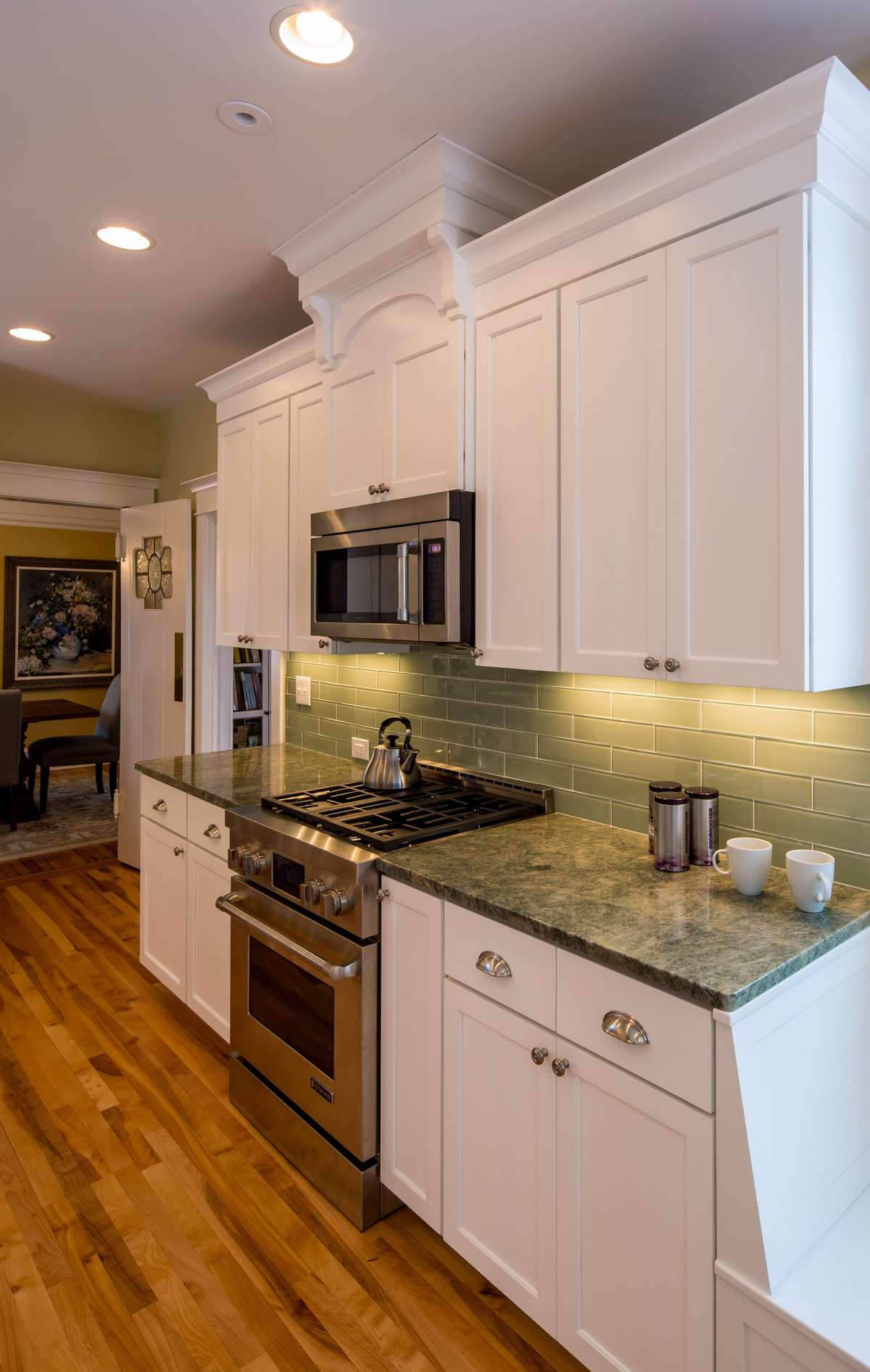 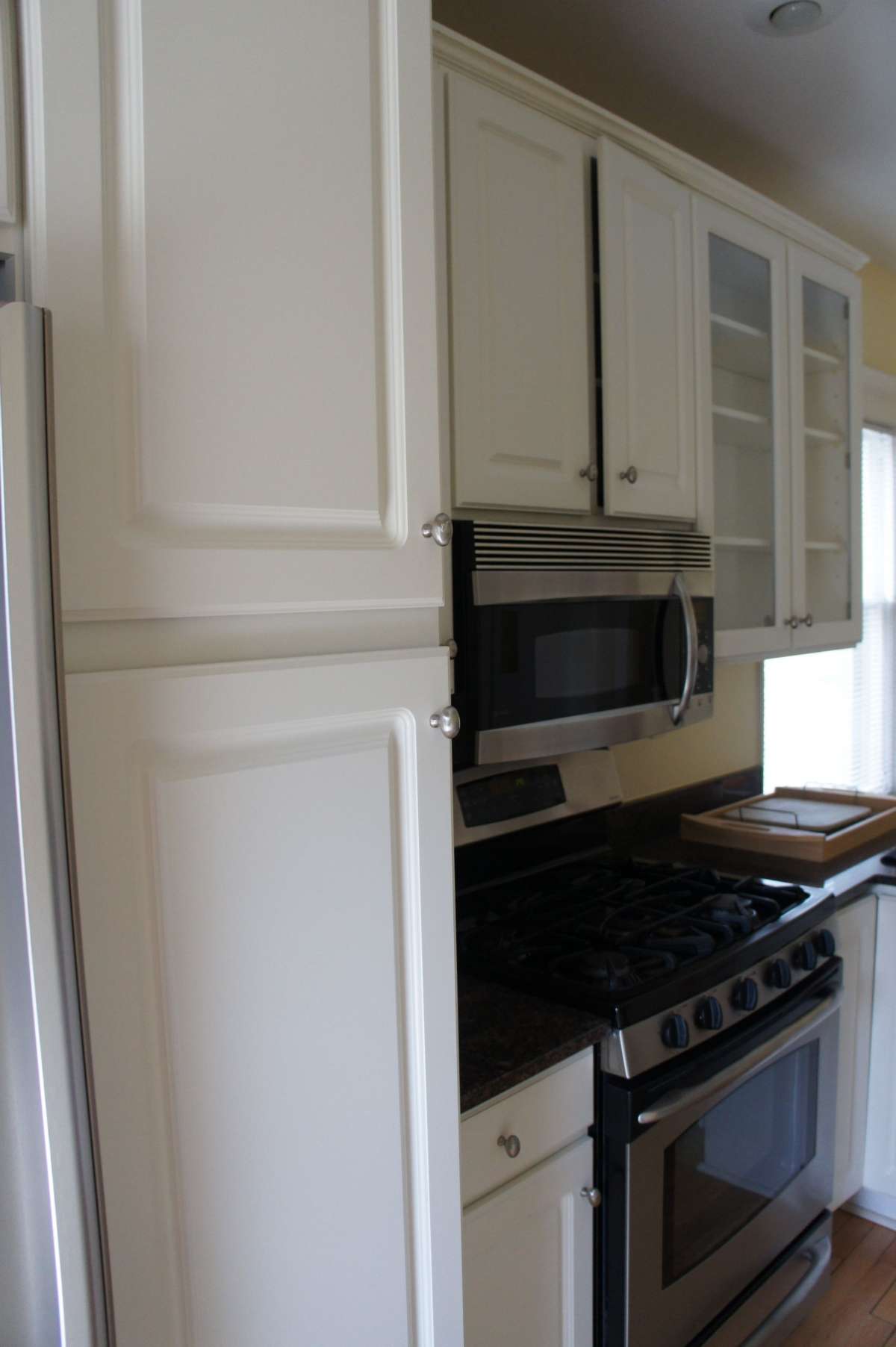 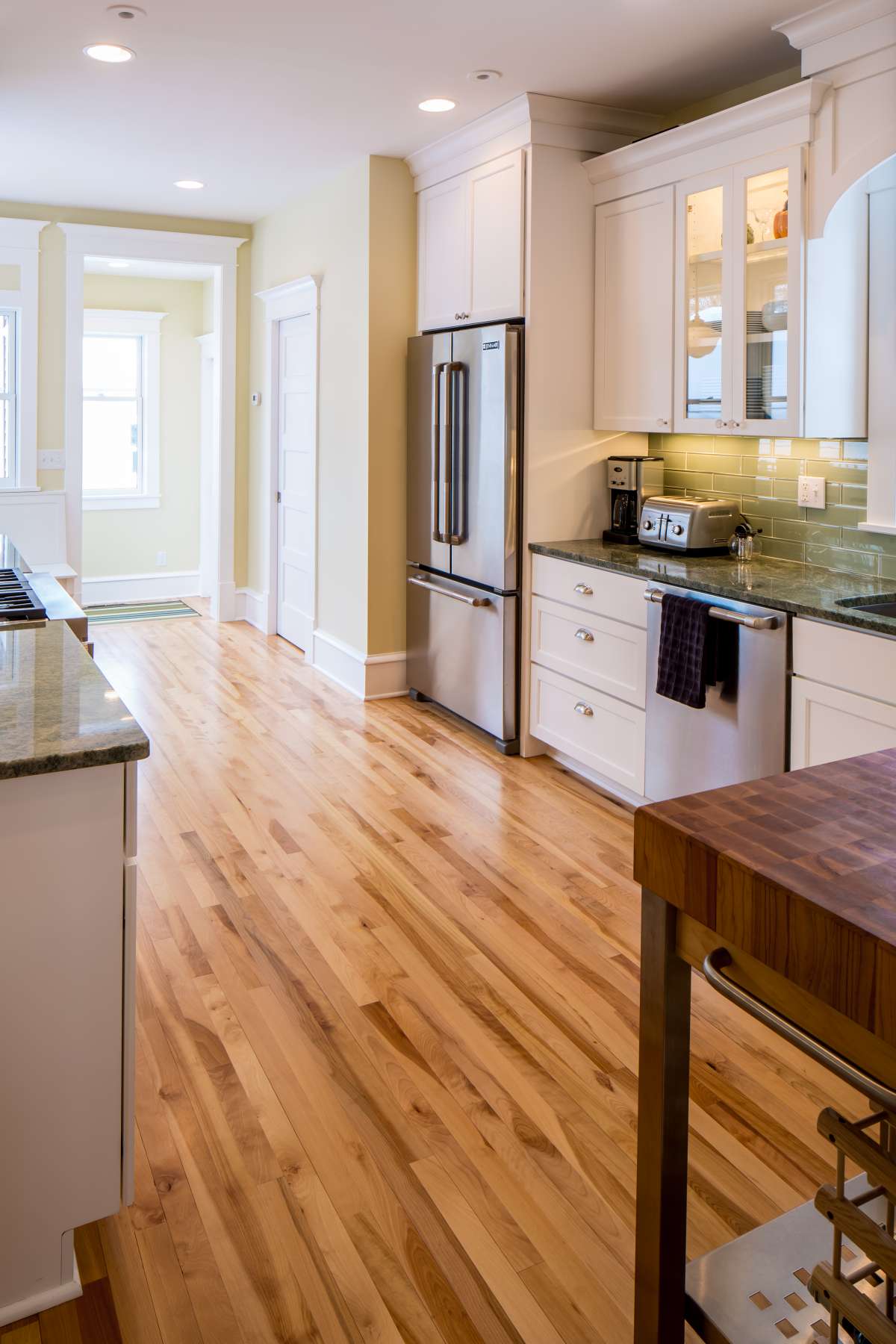 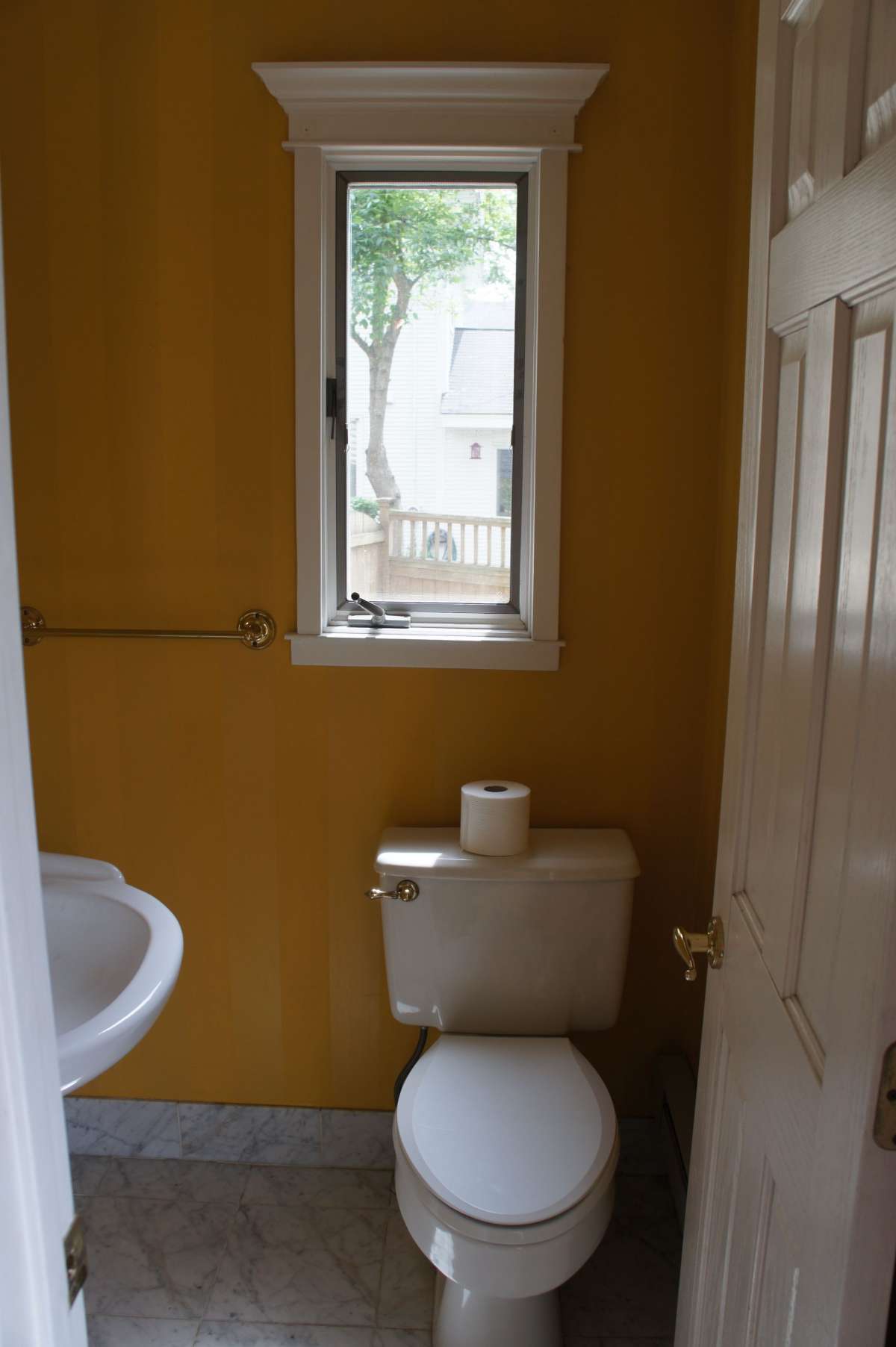 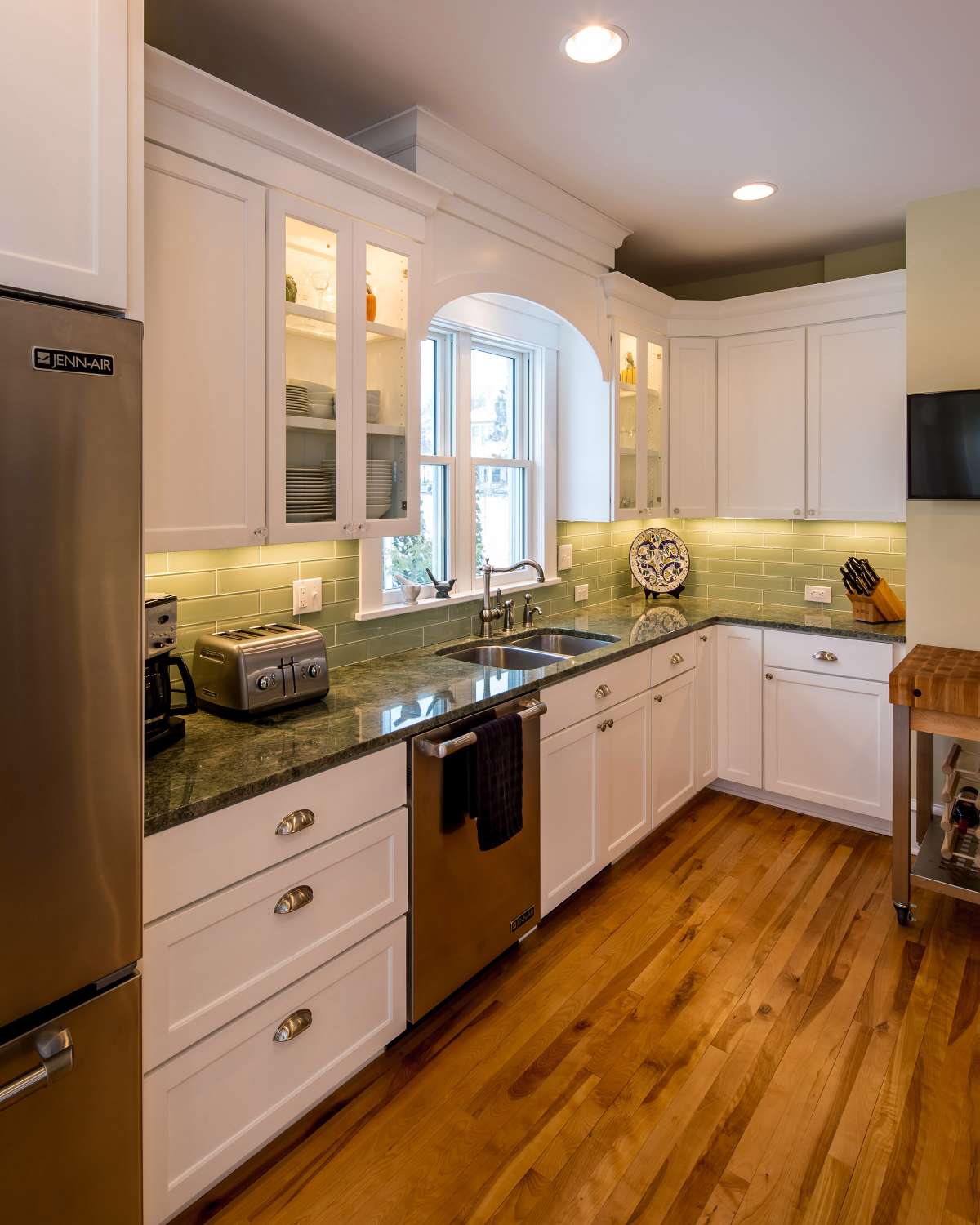 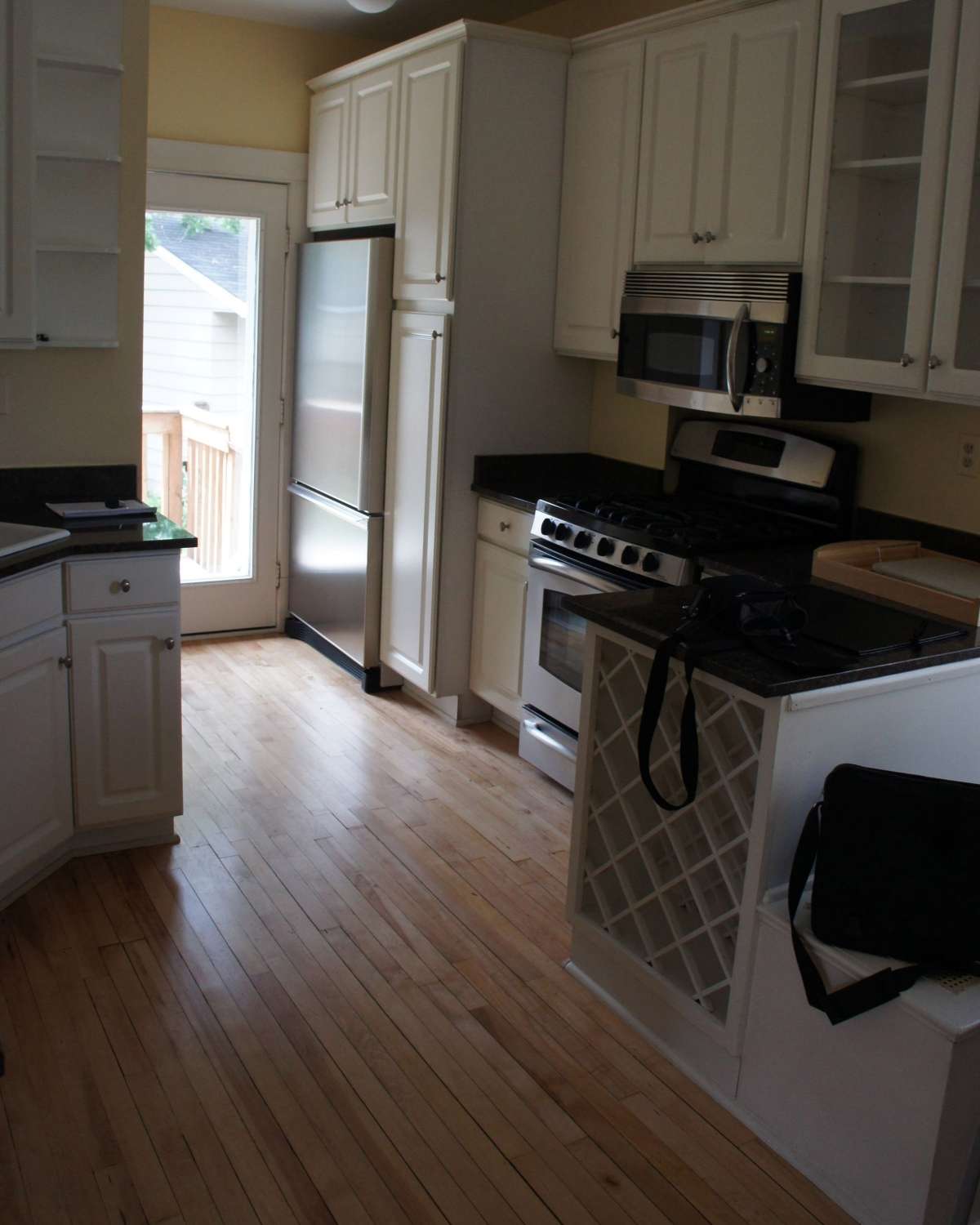 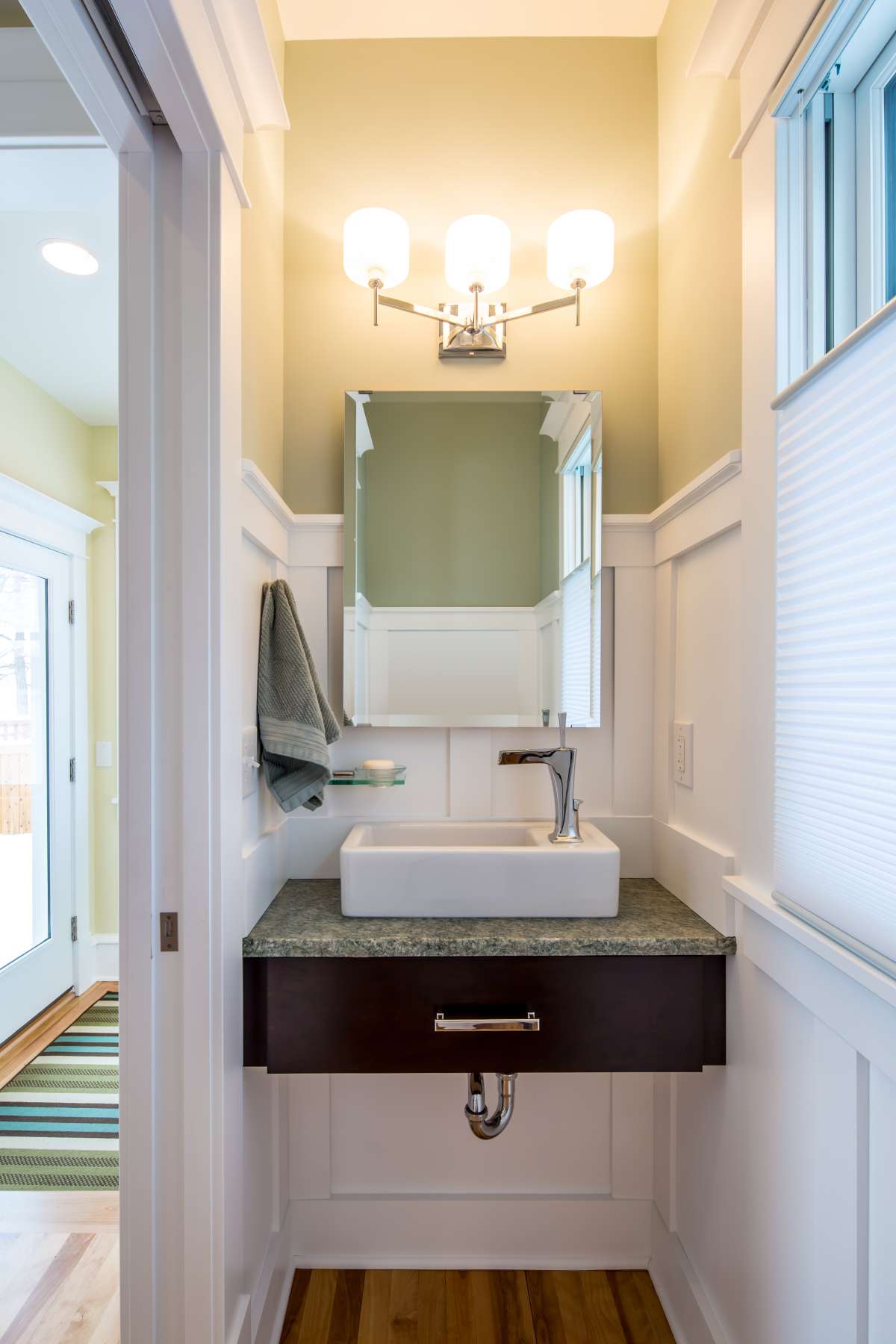 The homeowners had decided to leave their large suburban house for a smaller home in the city, close to work and recreation. The home they found was in the perfect location and at the right price, but it needed some repair and updates to suit the taste and lifestyle of the recent empty nesters.

We started the process by doing an inventory of potential projects and then helping the clients prioritize their choices to get them closest to their dream home. We developed a new site plan on the oddly shaped lot (a parallelogram set diagonally to the street) that would accommodate a two car garage, solve some drainage issues from the shared driveway, and create a better space for outdoor entertaining off the kitchen. Then we started on the kitchen.

The existing kitchen was built from shoddy materials, was dark, and the layout was ill suited to a serious cook with lots of kitchenware. The classic white style appealed to the homeowner, but nothing else worked. In addition, the back entrance and second story sunroom had significant sag due to foundation failure.

Along with the new kitchen the addition included a mudroom under the sun porch, a stoop that could serve as overflow seating on the terrace, a powder room, small banquette, and specialty green granite (a challenging thing to find). Initially the homeowners were reluctant to relocate the existing powder room (they were just going to spruce it up), but after several design iterations, we suggested that the additional cost for relocating it would be worth it to gain southwest sun exposure for the kitchen and visual connection to the backyard. In a kitchen with only one north-facing window (and a driveway view) the homeowners realized that moving the powder room would create the light filled transformation they were craving.

The existing second-floor sunroom was jacked up in order to build a new foundation and mudroom under it. The beautiful historic windows survived the process, and the sunroom is now a level and light-filled office. The kitchen cabinetry was designed and overseen by our Bluestem specialists to closely match existing architectural details in the house and to customize sizes to accommodate mechanical chases, out of square corners, and other challenges of working in a 110 year old home.

The new powder room is compact–we laid it out with the homeowners after demolition and adjusted the size to keep it as small as was comfortable–but the bright colors, floating vanity, and wall mounted toilet keep it from feeling crowded (even for the 6’1” homeowner). The new mudroom with a south facing glass door and window-wrapped banquette lets light flood what had been a dreary space.

And thanks to a terrific local supplier who accommodated numerous trips to find the perfect color, we were able to secure enough green granite in the homeowner’s ideal color palette to give her the kitchen of her dreams. 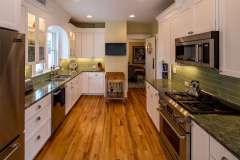 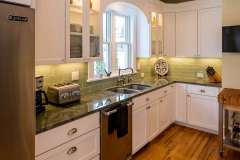 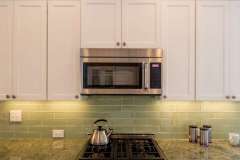 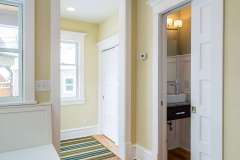 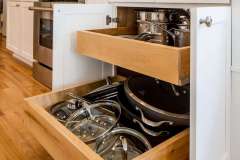 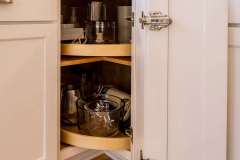 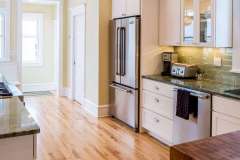 READY TO GET STARTED?

A better design-build experience awaits. If you’re ready to re-imagine your home,
contact us today to discover the benefits of an organized, reliable system with
a truly personalized design approach.